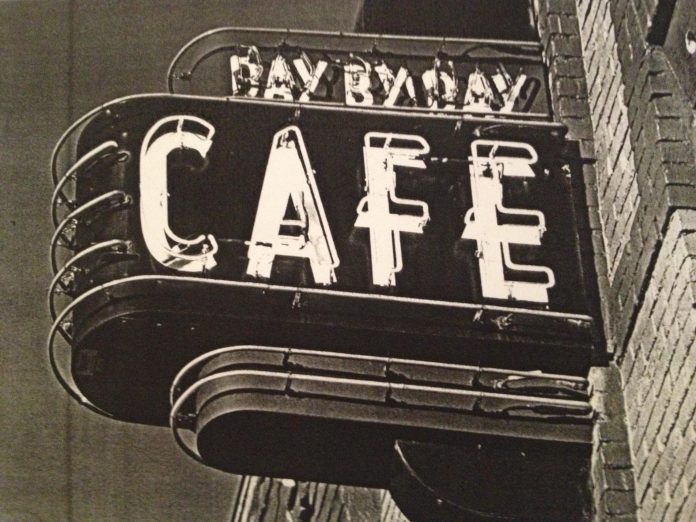 President Kent Petterson and other board members helped a group of fifty business and community leaders to navigate through a rich variety of reports, presentations and other association business.
Petterson reviewed the past year’s activities, pointing out that the association “is thriving and growing. Our membership is more than 90, approximately double what it was just a few years ago. We are thankful to our members and neighborhood supporters who understand that a thriving neighborhood supports and is supported by its business community.”

Specific accomplishments in 2018 include (a) the launch of a new and improved website in September; (b) membership reaching its highest level ever; and (c) entering into a joint Transit Task Force with the Fort Road Federation to monitor activities, inform the community, and challenge Ramsey County to reach a better transit solution on West Seventh.
He went on to clarify the position on transit: “There is no disagreement — powerful forces from Ramsey County, to the Mayor’s office, to the Chamber of Commerce — believe West Seventh should be the path for more transit rails in the future, 2032 by their latest estimates. Our efforts and the signatures of 3,124 people were instrumental in stopping LRT rails. I say we stopped a train, and we can do it again to assure improved transit can be in our future sooner than 2032 as we work together for the future we want.” [Editor’s Note: See Metro plans for BRT, page 5.]

The BRC reviews current and proposed city regulations and procedures that pertain to business and makes recommendations for change and improvement to the Mayor and Council. Concerns include reducing or simplifying regulations and increasing coordination among City enforcement and regulatory agencies. It also plans to provide more information to the community, through a web page on the city’s site.
In Brennan’s involvement so far, issues of minimum wage, safety in the skyways, workforce development, transit and new programs for sustainability and equity have been discussed. He plans to join the W7BA board and maintain his BRC liaison position.

Transit Task Force
Becky Yust, President of the Fort Road Federation, described the work of the joint FRF/W7BA Task Force on Transit, formed to assure that a community voice is at the table as controversial transit planning moves ahead.

A number of people in this neighborhood — both residents and business owners — spent time over the last few years contributing to the committees and meetings associated with Ramsey County Regional Rail Authority’s examination of transit through West Seventh. All of the political bodies involved have recommended a modern streetcar as the preferred form of transit.

It was clear that people in the West End held a variety of opinions on transit — both for and against a modern streetcar. So Kent and I collaborated on behalf of our organizations to convene the joint Task Force. The purpose of the task force is to identify principles related to improved transit in West Seventh on which the neighborhood could agree. To that end, the task force has identified nine principles to improve the corridor, regardless of the means of transit. They are to improve the pedestrian experience; improve the bicycling experience; improve the streetscape; slow down traffic; sustain parking; support current businesses; housing for current and future residents; tailor transit to resident needs; and ensure people can connect to the river.

I want to thank the members of the taskforce. In addition to Kent Petterson, Michelle Bastian and Michael Black represent the Business Association, and Mark Fangmeier, Tyler Blackmon, and I represent the Federation. And, we are grateful to Emily Northey, Executive Director and Community Organizer of the Federation, who has provided support to the Task Force.

Council Member Noecker
Our Council Member’s remarks are excerpted in the Neighbors Speak Our column on page one.
As a new board prepares to elect its officers for 2019, several members rose to thank and praise Kent Petterson for his leadership as President over the past three years.