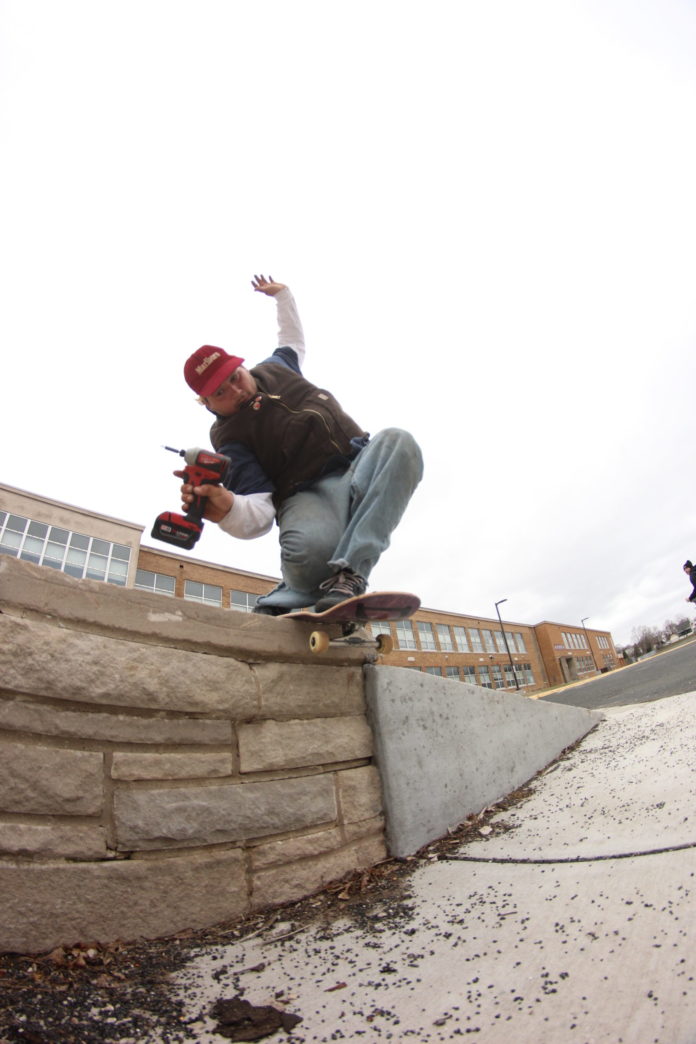 by Casey Ek
Zachary Rassett picked up his first skateboard when he was 5 years old, and since then he hasn’t looked back. Now, the 26-year-old has launched his own company and is coming full circle on a yearslong mission to find the right board and board company in St. Paul.
Rassett, who has been approached by multiple skateboard companies to shoot video, noticed that some other local companies did not stand by their skaters like they should. Some didn’t provide riders with boards and did not foster a team atmosphere among their sponsored riders, meaning Rassett had a great opportunity on his hands.
“I feel like making a fair-trade company where the filmer, the owner and the skateboarders are all on the same page [was crucial],” Rassett said.
From that attitude stemmed Dragonfly Skateboards, which launched in earnest this year. Named for a dragonfly spotted during the production of one of Rassett’s video shoots, the company is part skateboard distributor, part video publisher and part mentorship group.
Ranging from 18-31, the Dragonfly riders span multiple decades and bring with them varied styles on and off the board. Often, the older riders will guide the younger riders through the twists and turns of the industry and life in general.
“I’ve created a team where everybody is just relaxed, and the friendship comes out,” Rassett said.
Dragonfly riders can often be spotted in downtown St. Paul where Rassett has spent years honing his video and skateboarding crafts. Rassett might be carrying a camcorder that has been obsolete for years—or maybe decades. They’ll often meet at Hamm’s Plaza because the “crusty” pavement poses a uniquely rewarding challenge.
Rassett says the team is on good terms with St. Paul’s downtown residents as well as the security guards whose job it is to boot the skateboarders from downtown businesses, but he said the stigma of being a skateboarder is unavoidable and has been around for generations.
This is a stigma he carries almost with a sense of pride amid our moment of post-COVID angst, stating that the role street skateboarders play in current conversations of civic unrest and progress is reminiscent of that that they played in the 1980s and 1990s.
Rassett believes that street skateboarding can open people’s eyes to some of the problems that we have in society, like the housing crisis, because the skateboarders and people that are homeless often share the same physical and societal places.
“I feel like people were just kind of waking up in the ‘80s and ‘90s and were really finally going up against ‘the man,’” Rassett, who also plans to incorporate his poetry into the company, said.
“A big point that I’m trying to drive too is that skateboarders should read more and be in bookstores more and write more because I feel like that’s where a lot of change can happen,” he later added.
Dragonfly was slated to release a full-length promotional video that showcases the seven riders with the company. When that launches, it can be viewed at youtube.com/user/UnicornHeadButt.
For now, the boards are available only through the company directly (instagram.com/dragonflyskateboards), but Rassett said the boards should be hitting local skateboard shops in the near future.