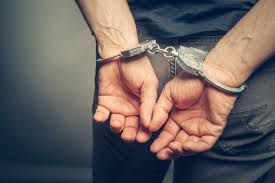 by Shirlene Perrin
Your right to remain silent is more important than you might think. There are two myths that the public at large believes. One that the police have to read your rights when they arrest you. The other, that a suspect should cooperate by waiving their right to remain silent.
The police do not have an obligation to read you your rights when you are arrested, or in some circumstances even when they are investigating and asking questions. The police as supposed to read Miranda Rights when there is a custodial interrogation. What this means is that they are not violating the law by arresting you without reading your rights. It also means that if you have not been read Miranda Rights but voluntarily provide information while you are free to leave, the police have not violated your rights. Even if they do violate your rights, your remedy for this is to ask the judge to suppress your statements. In other words your attorney submits a document to the court asking the court to order that the prosecutor cannot use your statements at a trial. Sometimes it also means all evidence found as a result of that illegal statement cannot be used by the police.
Most people consider cooperation more important than their right to remain silent because they do not have experience with the legal system. Cooperation, generally speaking, is not more important (there are few exceptions).
Consider Joe’s story for example. Joe is walking down West Seventh Street on a sunny fall day. Suddenly a woman bumps into him dropping several purses at his feet and she runs away. Joe begins to look through the items thinking he can call the owners, when he hears the car pull up beside him. He then quickly lies on the ground as ordered by the police. Joe is scared, and he can tell the police have made assumptions about him. He tries to explain. He says he was just standing there when a woman dropped the purses at his feet. The officer puts him in the back of his squad car, reads him his rights and begins to question Joe. Joe gets flustered and says he was walking down the street when a woman bumped into him. The officer’s report reflects that Joe told him two different stories. The officer considers that evidence of guilt. Despite the fact that both of those statements are true, the officer perceived them in such a way to consider them further proof of guilt.
If Joe said nothing and waited to talk to an attorney, his statement could have been presented in a much better light, helping him instead of hurting him.
Consider Susan’s experience during a traffic stop. The police stop her and ask her how fast she thinks she is going. If she says 55 in a 45 the police have obtained further proof of speeding. In fact it could be that the police did not use radar so her statement is the best evidence against her.
Those are examples of how talking to the police can make your situation worse.
There are individuals that don’t invoke their right to remain silent and then lie. That is perhaps the worst decision. Lying to the police is a crime, and anyone who is tempted should remember they are better off saying nothing.
As to the cooperation myth, upstanding citizens usually consider cooperation to be the right thing to do. If someone’s safety is involved it is the moral thing to do. However, if you are a suspect in a crime you should speak to an attorney prior to making any statements.

Shirlene Perrin has been a resident of the West Seventh Community for more than 20 years. She practices criminal defense and family law in Minnesota and Wisconsin.