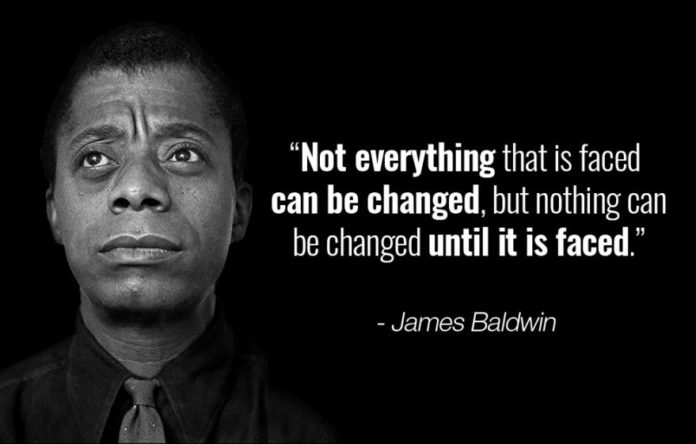 Editor’s note: This is the seventh article in Johnson’s series on racism. Comments and insights are welcome: send to editor@communityreporter.org.

It happened twice in as many weeks. I went away from the conversation thinking about what I should have said. In the first conversation, my friend was insisting there is no such thing as white privilege. Numerous examples were provided of ways in which as white people we have benefits and opportunities frequently denied to Indigenous people and people of color. We pointed out that in our middle-class families of modest wealth our parents had benefited from the GI bill that enabled our parents to attend college and get a loan for a home. Both created family wealth denied to people who had the wrong skin color. We took note of the “Karen” in New York City who illegally had her dog off-leash in Central Park and when challenged by an African American birder, she called the police, falsely claiming she was being threatened, knowing her white privilege gave her power, even as it risked his life. None of this broke through the strong conviction of my friend that there is no such thing as white privilege and we each make it on our own.

The question I wish that I had asked is “do you believe racism exists?” He sees himself as a white liberal and I know he would have said, “yes”. The follow up question then is, “If racism exists, thereby disadvantaging certain groups because of their skin color, who stands to benefit by this arrangement?” If someone is disadvantaged, then it follows someone else has to necessarily be advantaged. That advantage is “white privilege.” This privilege is systemic and woven into every aspect of our common life.

In the second conversation, my friend, also a white person who sees herself as liberal, put forth a long litany of problems in the Black community. Her work exposes her to real-life situations where Black youth in particular are frequently getting into trouble and ending up in the criminal justice system. In response, concrete examples were given of racial inequities that contribute to the situations she was identifying, but no matter how things were framed or examples given she returned again and again to a litany of failings in the African American population. I did ask “Why do you think that is?”, but that elicited a little more than a shrug.

What I wish that I had said is: “It sounds like you believe Black people are inferior to white people. Is that what you truly believe?” The comment would have been a shade beyond Minnesota Nice, but it also would have gotten closer to the truth in our conversation.  This is what Eddie Glaude Jr., in his book Democracy in Black refers to as the value gap, the literal valuing of white people more than those who are Black, Indigenous and People of Color. This value gap, Glaude argues, is often masked by questions that imply something is wrong with Black people. Glaude lays out how this value gap is built into the very foundation of our country.

The thing both friends held in common is a firm belief in American meritocracy, the conviction that individual initiative and hard work are the keys to success. Through this obstructed lens, there is no value gap and there is no white privilege, because everyone from the very beginning has had an equal chance at success.

I don’t know that anything I said or might say will break through this deeply held false narrative, but I believe white people need to continue having these conversations. We need to continue our own learning so that we are better prepared in our response and in our support for efforts at making a more perfect union.