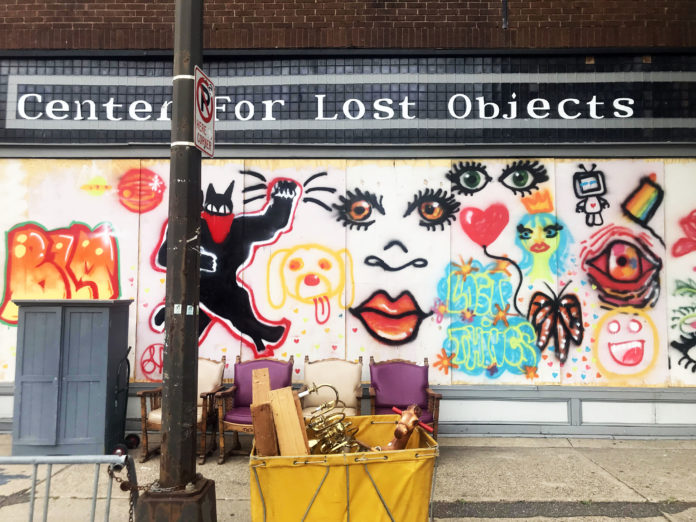 By David Lamb
In the video that outraged the nation, George Floyd is shown lying face-down on the street for nearly nine minutes, begging for his life, while a Minneapolis Police officer, Derek Chauvin, presses a knee into the back of his neck and three other officers look on, two of them eventually participating in holding Floyd down. Watching the video, those nine minutes in which Floyd stops breathing, then dies, seem to last an eternity. Yet the racial inequities — in the criminal justice system and beyond — that helped facilitate his killing and fueled the unrest that followed have festered for generations.

Racial profiling and police killings are two dimensions of these inequities particularly painful to many in St. Paul. Before George Floyd, and the four Minneapolis officers who participated in his killing, all since fired from the department and charged with murder or aiding and abetting murder, there was Philando Castile, a Black man who worked at St. Paul’s Central High School. July 6 marks the fourth anniversary of the day Castile was killed during a traffic stop while obeying a St. Anthony police officer’s instructions regarding his legally licensed firearm. The officer, Jeronimo Yanez, was acquitted of wrongdoing.

Other inequities have also lingered — and in some cases widened — in the community, sharpening racial divisions. African Americans were the only racial or ethnic group in St. Paul whose poverty rate grew over the latest measurable period, according to the U.S. Census Bureau. It soared to 42 percent, the highest among any such group in the city. Disparities extend to education, where two out of the city’s top three public high schools, as ranked by GreatSchools.org, have a student body that is less than 15 percent Black, despite that Black students make up more than a quarter of the high school district.
Racial disparity in school discipline has been a persistent problem as well. After the Minnesota Department of Human Rights reached an agreement with St. Paul’s schools requiring them to report the racial breakdown of disciplinary actions, the district revealed that more than 70 percent of students given suspensions in the 2018-2019 school year were Black.

While the protests throughout the Twin Cities in the wake of Floyd’s murder centered on demands for police reform, marchers spoke out about a succession of injustices that have driven communities of color to the edge — institutional racism, mass incarceration and a lack of opportunity, among others. When protests wore into the night on May 27 and 28 and organizers who worked to maintain order gave up the mantle, vandalism and looting spread throughout the region.

Many activists, even though they did not condone those actions, viewed them as an inevitable result of an untenable situation. As Elizabeth Hinton, an assistant professor of History and African American Studies at Harvard University, observed in the Boston Review, the riots that followed the peaceful protests were in fact political demonstrations of a different sort, with people “respond[ing] to the buildup of unanswered grievances and the lack of concrete changes to their immediate living conditions…by using the available resources at their disposal: throwing rocks, bricks, bottles, and Molotov cocktails at buildings, police precincts, and police cruisers; and by taking goods and food from major retailers such as Target and AutoZone, and then burning these and other institutions to the ground.”

After looting spread throughout St. Paul on the night of May 28, business owners scrambled to fortify their storefronts, boarding up glass windows and doors across the city. Some found themselves torn between sympathy for the marchers’ cries for racial justice and fear that their businesses could be targeted by looters infiltrating the protests.

“I support the protests,” said Amy Buchanan, owner of the Center for Lost Objects on West Seventh Street, who has attended several each week in her off hours. “We need to end the reign of institutional racism. We need community policing.” Discovering that looters had broken into a pawn shop opposite her store on the night of May 29, she endeavored to protect her business and coordinated with the owners of nearby Seventh Street Tattoo, who stood outside their building around the clock for a full week.

Jeff Johnson, owner of the 105-year-old neighborhood mainstay, West Seventh Street Pharmacy, which was looted on May 29, then hit with a foiled burglary on June 14, described the looters as focused. “They took money and drugs,” he said. “They didn’t destroy the pharmacy or take anything from the front. It could have been a lot worse.”He stressed the importance of community for helping the neighborhood to recover, saying he was blessed to have employees who, upon learning the store was looted, immediately asked how they could help, and customers, neighbors, and friends who stopped by the store volunteering to clean up. A week after the looting, employees repairing the Speedway on Otto Avenue, which had also been burglarized on May 29, arrived at the pharmacy with a basket of medications found left behind in their store. “These must be yours,” they said.

At last count, more than 1,500 buildings were vandalized or looted across the Twin Cities.

But even as they defended their stores, many small business owners conceded that property losses could not compare to the irreversible injustices protestors were speaking out against. “The looting isn’t what our leaders need to be focused on,” Buchanan said.

Sharing the news on social media that his Indian restaurant in Minneapolis had been set ablaze, Ruhan Islam, the owner of Gandhi Mahal, did not ask for pity, saying, “Let my building burn. Justice needs to be served.”

Scrawled in spray-paint on a storefront along Minneapolis’ hard-hit Lake Street corridor was another message: “What did you expect?”