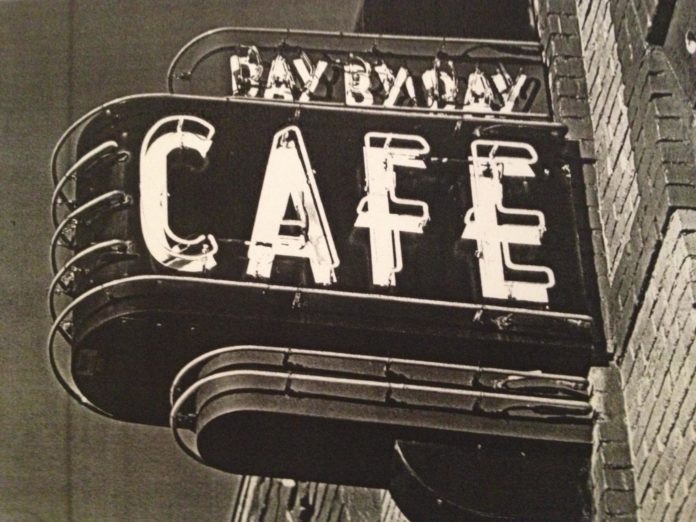 In October, 2019, I was reading a handbill after enjoying my lunch at Day by Day Café.
Lost Family Member: Lorenzo Rossi
52 years old
7 weeks missing
Last seen in Downtown, St. Paul
Please call his mother, Gloria …
Or St. Paul Police Officer, Sharon Waters …
We love you, please come home
I didn’t know the poor fellow. Perhaps he was a patient. I’d check.
Then, suddenly this from café owner, Jena:
“Doctor, come now! Guy down outside.”
I slid out of my booth and followed Jena to the sidewalk. She pointed to St. Vinnie’s next door. It was Harold Le Voux. Fetal position, back to brick wall.
I bent down and put a hand on his shoulder and jostled him.
“Harold—Harold!” I said.
The front of his faded orange hoody was barely moving with each slow breath.
Jena and I sat him up.
I put a finger on his neck: Carotid pulse present. I lifted his eyelids. Pupils normal.
Harold’s eyes startled open on their own. He shivered and took a slow motion swing at me. I blocked it with an arm.
“Harold, it’s Rumsey!”
He straightened up. There was a wet, red maple leaf that had fallen on the sidewalk decaled to his forehead.
He recognized me and slowly became more alert.
“Doctor, is that you?” he asked. “I’ll give you $20 to drive me to the high bridge.”
I asked if he was OK. Did he have trouble breathing, chest pain?
He was OK.
I’ve given Harold rides in every vehicle I’ve owned as a family doctor. An old, green Bronco. A Ford 150-pickup. And now a new, grey SUV. The High Bridge was a frequently requested destination.
“How about detox?” I asked. “Or the ER?”
His head tilted and he shook it, “no.”
“Hold still,” I asked him. I pulled the leaf off his forehead and showed it to him.
“I could draw that,” Harold said.
Harold was an artist and a good one. Ink and pencil portraits and still lifes were his specialty. I’d seen him draw healthcare providers while waiting in an exam room on the back of a patient education sheet.
“How about we go to Mickey’s Diner?” Harold suggested.
“Which one?”
“Downtown. The railroad dining car.”
Jena and I helped Harold into my truck, and we shoved off down West Seventh.
“How you been, doctor?” Harold asked.
“All right.”
I pulled the folded Lorenzo Rossi poster out of my shirt pocket, shook it open and handed it to Harold.
“You know this guy?”
He held the handbill in both hands and moved it back and forth to focus.
“Never seen him. I could take him, though.”
Harold grew up in West 7th. His step-father locked him in a bedroom closet for hours at a time when he was a kid. That was usually just after he ground a lit cigarette into Harold’s back. Later, at Monroe School, “A-hole teens,” as Harold refers to them, held him by his ankles and dangled him upside down off the railroad trestle on Osceola, when they weren’t beating him up. He’d done time in “juvie” and a year at Boys Totem Town before sophomore year.
Harold was still studying the poster as we neared Mickey’s.
I knew Harold’s medical history by heart from dozens of ER visits and hospital admits. Traumatic brain, learning disability, cirrhosis of the liver. Suicidality and self-harm. Diabetes, red-nose rosacea.
Harold was now 63-years-old, his step-father probably dead, though I didn’t have the heart to ask.
Finally, he handed me back the poster. “He looks Native,” Harold said about Lorenzo. “Not my band. Maybe Italy?”
“Here we are,” I said reaching across Harold to open his door as we pulled up at Mickey’s.
“Come with me,” he said.
“I already ate.”
He told me he would get me anything I wanted.
“OK.”
He ordered a cheeseburger and French fries, the latter of which arrived in an Everest-sized pile on a separate plate.
I snuck a fry. Then four more.
“It’s OK,” said Harold. Then he clamped onto his cheeseburger. By then, he seemed to have completely recovered.
“You need a ride somewhere?” I asked him.
“I’m good. I’m going to sit at the counter and drink a coffee.”
At the doorway, I turned back to thank him for the snack.
“I hope they find your lost guy,” he said.

Tim Rumsey is a family physician who has practiced in the West End since 1975.

Editor’s note: Names have been changed to protect the privacy of patients.