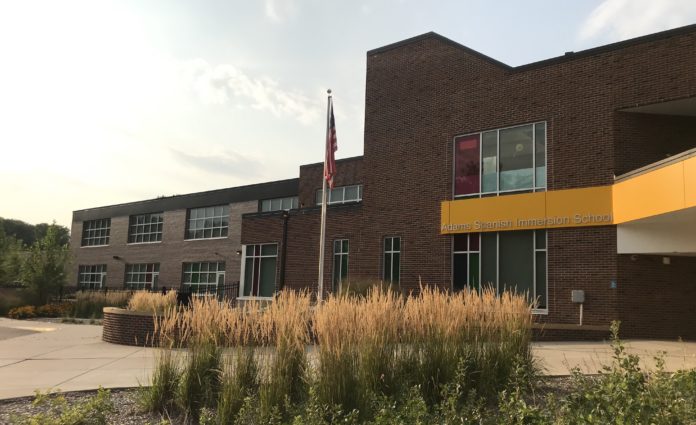 After the debate over how to handle the coming academic year raged through most of the summer, with no consensus emerging, administrators for the St. Paul Public Schools (SPPS) made a decision: the year would begin with full-time distance learning, with the possibility of reopening schools later on. “We are going to fight, and we are going to work…to get back safely,” the district’s superintendent, Joe Gothard, told school board members as he shared his plan on August 2.

The board that proceeded to approve the measures was missing one person who had been integral to its work over the past three years. Marny Xiong, 31, the board’s chair, succumbed to COVID-19 in June, complicating the decision-making process and driving home the perils of the disease. Governor Walz described her passing as “a heartbreaking loss for Minnesota.”

The SPPS plan allows for the district to move toward hybrid learning as the year progresses, assuming the number of COVID-19 cases in Ramsey County declines. The school board will assess the possibility of hybrid models in consultation with the Minnesota Department of Health, first on September 25, then again on October 14 if they have not already been implemented.

While the seriousness of the health risks that motivated the decision to start the year remotely are undeniable, concerns about how the plan will impact families abound. After St. Paul’s schools were forced to close last March, some students struggled to keep pace with their classmates, and parents pointed out issues of fairness in distance learning—around high-speed internet access, private space for attending remote classes and special-education needs including one-on-one support that many cannot readily accommodate.

Board member Steve Marchese echoed these concerns at the August 2 meeting, criticizing how the district’s plan “treat[s] all of our families equally in terms of mode of instruction—and that’s not equity.” School administrators insist, however, that they have learned from the challenges of the spring. The plan requires that special education teachers meet at the beginning of the year with each family to “discuss individualized students’ needs and services,” and the plan also involves rolling out support centers throughout St. Paul, where students can get in-person help.

Robert Sahli, principal of Adams Spanish Immersion Elementary School in the West 7th neighborhood, acknowledged that “each person affected by distance learning will respond differently,” creating a new mandate for teachers. “Our response as educators must be one of grace every opportunity we are given….Educators have the unique opportunity to support our community in each of [the year’s] changes in the educational landscape.”

A central concern for parents, perhaps especially those who are single or in households where both parents work, is child care. An online survey of 1,000 working parents with children, conducted recently by Care.com, revealed that nearly three quarters of parents are making changes to their professional lives to accommodate the lack of child care resulting from school closures, with 15 percent considering permanently leaving the workforce.

Conceding that they “agree with the choice the SPPS district is making” to begin the year with full distance learning, Parents for St. Paul Public Schools, a Facebook group of nearly 400 founded by the former PTO president of one of the city’s elementary schools, expressed fears about the unintended side-effects of the decision. “[W]e are worried that some families have more resources than others to ensure their child does not fall behind,” the group told the Community Reporter. “The opportunity gap may be highlighted even more as compared to a ‘normal’ school year.”

A majority of private schools in the region have committed to opening classrooms, according to a Pioneer Press report, providing an alternative to the challenges of distance learning, albeit one that is often out of reach to the working parents who now need child care most. Private schools have reported soaring enrollment, as some seek their in-person offerings—Hill-Murray School, for instance, a Catholic school in Maplewood, used a waiting list for the first time in 20 years. Reflecting the flow of children of affluent parents into private schools, the SPPS district projects to lose more than 1200 students this year. The repercussions of such a loss alarmed Parents for St. Paul Public Schools, which warned that it could be “felt in the following school year, when we all hope the pandemic will be over.”

Worries about equity for students in cities across the country have erupted in a contentious dispute over whether private and public schools should be allowed to proceed on separate tracks. After Maryland’s most populous county ordered that private schools must follow the lead of the district’s public schools and close, the state’s governor overruled the directive.

Some St. Paul parents, though troubled by such inequities, appreciated local administrators’ cautious, flexible approach to a year rocked by uncertainty. “We can’t blame schools for a society-wide problem,” said Jennifer, a parent with two children at Adams, who preferred to go by her first name due to the ferocity of the debate. “Our society is, unfortunately, far from equal, and whatever a private school does, they’re going to have to live with the effects of their decision.”

SPPS officials have pled for parents with conflicting perspectives on reopening to maintain empathy with each other. “We can acknowledge that this is hard for everyone,” SPPS board member Jessica Kopp wrote in an op-ed in the Pioneer Press.

Sahli said he would “lean into three keywords to be the best I can be as a school administrator: Grace, mercy, and flexibility,” refusing to shy away from the challenges the year presents as he prepares for better times. “I am looking forward to the day I can give high fives, hugs, and see smiles…It’s the moments of connecting with our students and community that makes my job so great.”