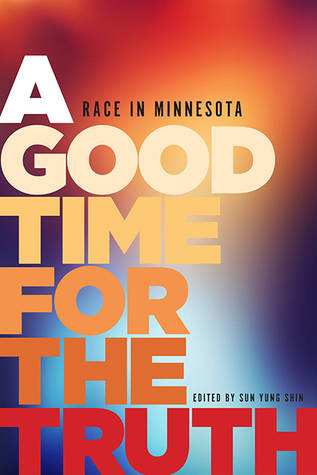 by Tim Johnson
Retired Pastor of Cherokee Park United Church
Editor’s note: This is the third in a series that Tim Johnson is writing for the Community Reporter. His reflections are drawn from the 2019 Overcoming Racism Conference held at Metropolitan State University.
I had never heard the expression “Deep North,” but as soon as Native activist and author Winona LaDuke uttered the words, they rang true. She was speaking about the racism she encounters as an Ojibwe woman in Minnesota. The clear implication was that racism is something that has as much reality in the Minnesota north as it does in the “Deep South.”
It is tempting to think of racism as either a thing of the past or as someone else’s problem (especially the South), but not our problem. As a preacher, any temptation I had to distance myself from the shortcomings of those who sat in the pews was always called up short by the words of Jesus who said, “How can you say to your neighbor, ‘Let me take the speck out of your eye, when you yourself do not see the log in your own eye?’” Speaking of the Deep North has to do with recognizing and addressing the log in our own eye.
The log of racism in the Deep North was the subject of an article written by Randy Hurst and published this past September in the Star Tribune entitled “How did Minnesota become one of the most racially inequitable states?” Hurst took note of an unsettling reality recognized by various studies that found in Minnesota “the disparity gap between whites and blacks is among the largest in the country.” These same disparities exist between Hispanics and whites as well as American Indians and whites. The disparities are present in all the leading indicators including employment, homeownership, income and education.
Winona LaDuke, among others, finds the log of Deep North racism in the willingness of the State’s Public Utility Commission to approve Line 3, allowing Enbridge to build new pipelines across lands that are part of the treaty rights for Ojibwe people in Minnesota. Just as the state ran interstate 94 directly though the once thriving African American Rondo community in St. Paul, the PUC is willing to put at risk wild rice beds and water ways so vital to Ojibwe life.
A few years ago, the log of racism in the Deep North was amplified by the Minnesota Historical Society Press when it published a book entitled A Good Time For the Truth. The book is a series of essays by authors of color and native authors reflecting on their present-day experience of race and racism in Minnesota. The first essay is by Taiyon J. Coleman, who came to Minnesota as a graduate student in a creative writing program at the University of Minnesota.
Taiyon, who grew up in Chicago, tells the story visiting a graduate program that she was considering in Tuscaloosa, Alabama. At first, she was charmed by the sites, colors and warmth of the South, but then she began to notice “Confederate flags all over the freaking city.” Taiyon determined she could not live with such “explicit and conspicuous symbolic displays of white supremacy.”
In Minnesota she found no such conspicuous displays. Instead what Taiyon encountered were white professors who were dismissive and unwilling to engage the creative use of Black urban vernacular in her work. She encountered a liberal institution whose predominant, almost exclusive models for writing were white and a room full of white students made noticeably uncomfortable by her presence. Taiyon concludes her essay by saying “there are Confederate flags everywhere, even in places where we can’t see them.”
Anyone who has ever had anything in their eye, knows how unpleasant it is. Those of us who live in the Deep North can take the log out if we are willing to be honest about the racism which exists. Minnesota has much to offer. I love this state of my birth, but we will only be our best if everyone can be their best.
[The fourth essay in this series will appear in April: “Reproducing Racism.”]