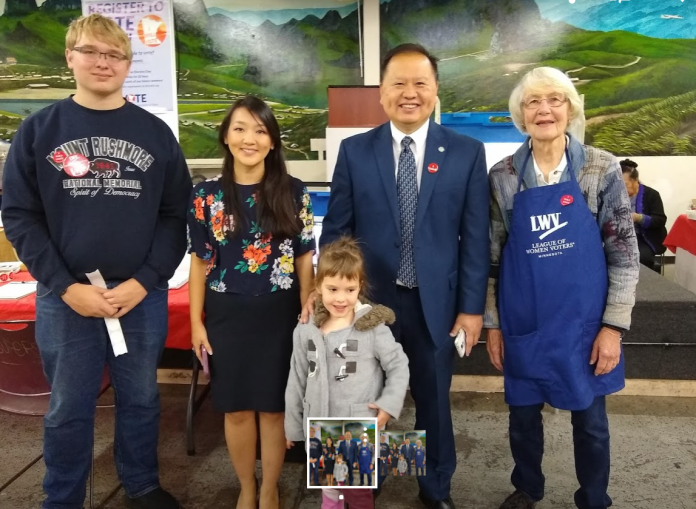 In September, 1919, Minnesota became the 15thstate to ratify the 19thAmendment to the Constitution, which prohibited the states and the federal government to refuse the right to vote on the basis of sex. The following year the Amendment reached the necessary 36 states, and was adopted.

In November, 1919, the Ramsey County League of Women Voters was established, after many of its charter members had been involved for years in the process of assuring the vote for women. The Ramsey League later became the LWV of St. Paul, and its members have now worked for civic values and improvement for a century.

The League now operates at national, state and local levels. Membership in the local LWV brings affiliate status with the state and national; bodies, which each work on setting standards of practice for the organization as well as policy positions.

Non-partisanship is one of the core principles and great strengths of the LWV As a result, its work in voter registration and education is highly trusted and respected. Youth education about our democracy and voting system, and encouragement for them to register as soon as eligible, is a way to strengthen democracy in a bias-free way.

In recent years the St. Paul LWV Candidate Forums have been very well attended, and the scope of its collaborations has broadened:

As an all-volunteer organization, St. Paul LWV benefits from enthusiastic and highly committed volunteers, some of whom have been involved for decades. Current membership is around 150, with 14 in leadership positions.

The scope of the League’s activities is impressive. Because it is dedicated to informed and active participation of citizens in government, andto taking action on issues affecting our community, it has been involved in much more than voter education and registration.

The LWV welcomes new members and offers many ways to be involved in creative improvements to our civic life. See lwvsp.org or call 651-789-0118 for more information.