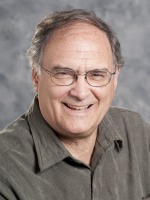 Local icon Tim Rumsey walked to work most days from 1987 to 2000. He began as a form of exercise but kept at it for his love of local lore harvested through his interactions with people on the street. He began documenting his musings and eventually filled 53 pocketbooks with his observations. He continues writing about his observations to this day. Here is just one tale.
By Tim Rumsey, MD
Sept. 1998
One of the top five West 7th cab drivers of all time was not doing well. The majestic W.M. Texan Dubois.
Tex walked into United Family Medicine as a “fit in” with Dr. Ravi. He was as yellow as a lemon. He told Ravi his electrolytes were whacked and that rigor mortis was taking over every part of his body.
On good weather nights, Tex chose to camp out. Though he kept his spot on the floor of Mary Hall shelter, his campsite at the “Terrace” kept pulling him back. He swore he wasn’t drinking or using. And he was still driving the cab.
Liver failure was knocking at his door.
Dr. Ravi set Tex up for an outpatient liver biopsy at United Hospital the following week. Tex invited Ravi to the Terrace the weekend before his biopsy. I invited myself.
We went.
It was 4 p.m. Sunday. Mid-September. Tex had a snapping campfire going just outside his teepee in the urban woods behind the old Ancker Hospital site. He bent over and twined together about a dozen still-rooted Aspen and Red Willow saplings with several old olive drab Army tarps thrown over the top.  A smoke hole in the ceiling kept the small cooking fire alive in the tent.
It was a glowing summer – almost fall day.
Tex was proud of his campsite. His Dakota ancestors honored the same spot which overlooked In-Yan-Ti-Pi (“House of the Great Spirit”) Later the white settlers renamed it Fountain Cave. A large, deep cavern with crystal-clear running water flowed out Fountain Creek to the Mississippi. Pigs Eye Parrent, a notorious St. Paul bootlegger, had a whiskey still at the mouth of the cave from 1838-40. But, it was a tourist attraction for the next 100 years.
The cave tunnel covered three-quarters of a mile and ended at an underground sinkhole near current-day Pleasant Avenue. The creek and cave entrance were both covered up by road construction in the 1960s.
A Minnesota Vikings pre-season game was escaping from an old turquoise, portable radio as Tex adjusted the two and one-half foot, fully extended antenna for better sound.
The three of us sat on mismatched, rickety lawn chairs around the outside campfire. Tex served us Texas Select, one of the first “near beers” accompanied by a pile of day-old – or several days-old pastries– from the Dorothy Day Center on a cardboard tray.
“I do believe this is nicer than sitting in my own backyard,” Dr. Ravi said.
“Nicer than mine,” I said.
Tex inspected the remaining baked goods when the tray got back to him and side-armed a rock-hard powdered sugar donut into the woods before finding one that was more pleasing to the pallet.
Tex told us that he dreams of people in their houses. Sometimes Ravi or me or nurse Aleda. In nice homes, sitting with their families for dinner. Hitting the same comfy bed every night. Cutting the grass and sweeping the sidewalk. Tex had not been in a real house since he was 16 years old.
Back in the ‘50s, when he was in his pre-teen years, several of his foster family mothers warned the children about travelers in West 7th. The visual was always the same: Travelers came every summer in big old black cars with lots of black-haired black-eyed children. They camped in empty lots next to their vehicles. The fathers worked temporary jobs at Schmidt’s or the Omaha Railroad shops. Then one morning in late fall, they’d all be gone. And, as the story went on, they left with more children than they came with.
Ravi and I left Tex at dusk, and it was even prettier than when we had gotten there.
It rained and blew cold for the next three days and if Tex didn’t sneak back to Mary Hall, he would surely be slogging around in the muck and sure to die of pneumonia before any liver failure could get him.