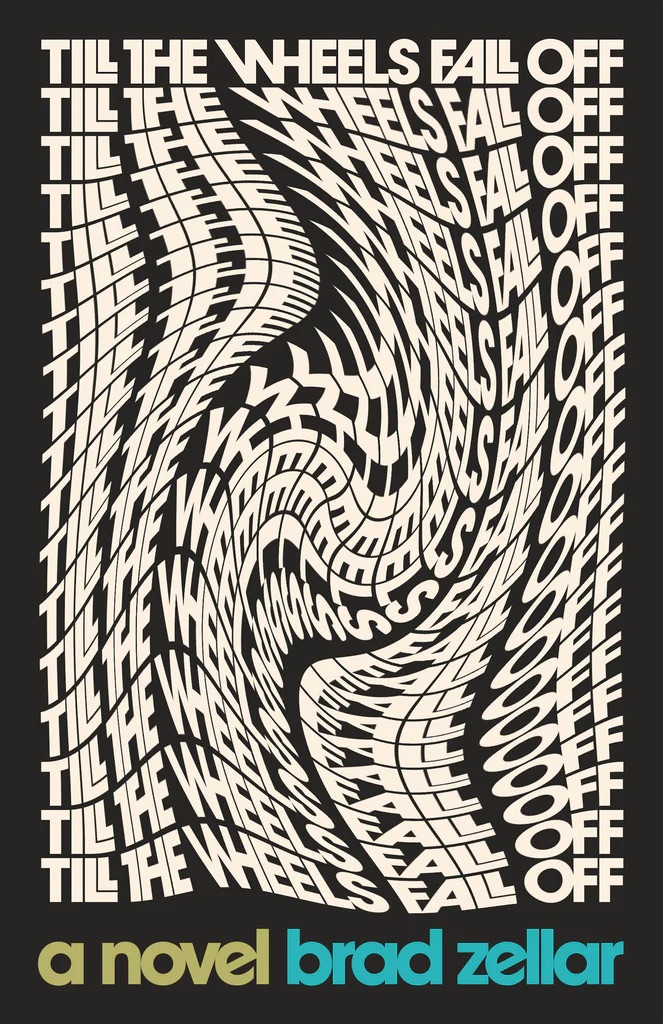 By Tim Ramsey
Full disclosure. I am a borderline Brad Zellar zealot. He’s been writing and editing among us Twin Citians for decades. He’s earned the attention of multiple key local publications and has been published in the New York Times Magazine, Paris Review, and Aperture. The Merriam Park resident also has four published books and multiple collaborations with widely acclaimed photographer Alex Soth. And, he used to co-own the bookstore Rag and Bones.
The prestigious local publisher, Coffee House Press, just released Zellar’s newest novel, Till the Wheels Fall Off.
It is a coming-back home novel. The main character, Matthew Carnap, is back from the Twin Cities to the fictional southern Minnesota town of Prentice. He’s looking for his step-dad Russ who managed a local skate place in Prentice, Screaming Wheels, which was, as Russ said, an amazing opportunity to play music loud.
Matt Carnap had an unconventional upbringing. He never knew his birth father, bonded with Russ, and couldn’t stand his mother’s last partner. Uncles, about-the-town characters and Russ were Matt’s true guiding lights. Russ connected the deepest. The rink Skating Wheels was their chance to create, or “curate,” the Gold Standard list: Dylan, The Clash, Joni Mitchell. CCR, Booker T, and the MGs. Johnny Cash. Lucinda Williams. Otis Redding.
Matt’s adolescence might have been unconventional. So too is this book unconventional, weird, energetic, deep and beautiful.
Russ said what he felt through the music he played for the skaters at Screaming Wheels. Matt learned at his side spinning the records and later selecting the tapes. They knew what kept people on the roller rink and what got them moving or what sat them down.
Matt and Russ separated for years. They are brought back together by Rollie, one of the you’d-never-know-it but wealthy uncles who bought Gene’s United Skates in nearby Hollandale with only one business plan: to have Russ and Matt run it.
It’s all part of the wacky, beautiful moving story that is this novel. Also included is a touching, genuine love story ~ Matt and Veronica. Russ tells Matt that because of Uncle Rollie’s backing, they don’t have to worry about the bottom line. “It’ll be a public service…retro entertainment.” We’ll have it all. A new “window rattling” sound system, refinished rink surface, and lighting that gets the “gloaming vibe associated with the best rinks.” And then “the gold standard” playlist.”
Veronica said it could all be something like a really good church. Russ said that’s the “spirit of the living creatures in the wheels forever or when the wheels fall off.”
Till the Wheels Fall Off ends with more of Russ: “who’s ready to get turned inside out? Who’s ready to vibrate and levitate? Who’s ready to roll?”
This book is ready. This book rolls.