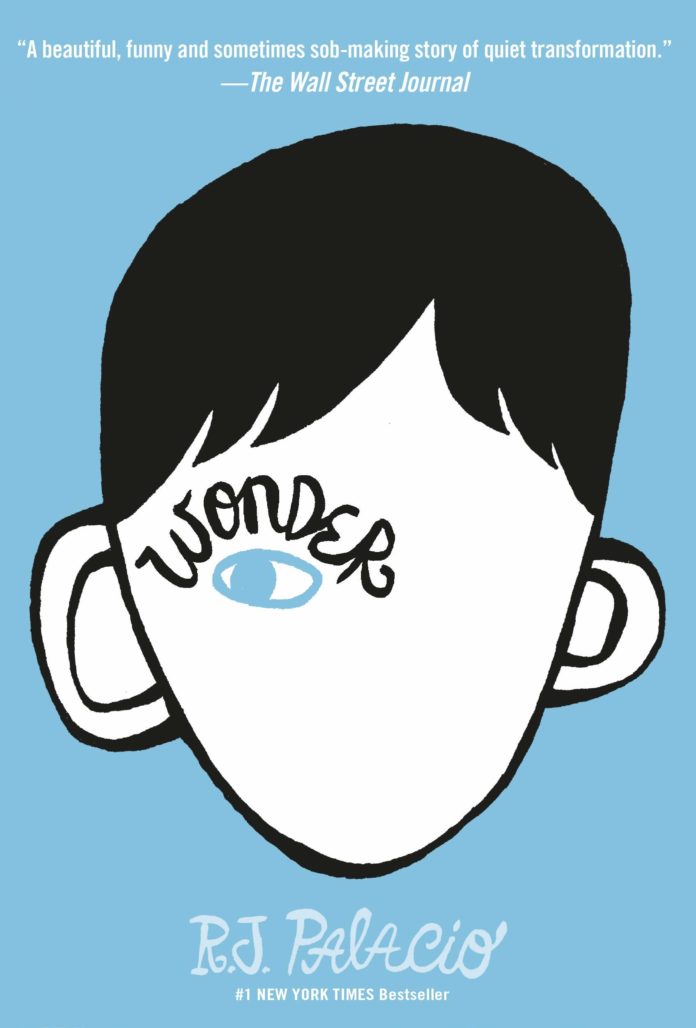 BEA’S BOOKS
(5 out of 5 stars)
“When given the choice between being right or being kind, choose kind.”
—Dr. Wayne W. Dyer (Mr. Browne’s September precept, from Wonder)

Auggie is a ten-year-old boy who likes Star Wars, has a dog named Daisy, a sister named Via and parents named Nate and Isabel. The only thing that separates Auggie from anyone else in the crowd is that in the past he had had many surgeries on his face, so he looks different.

Now, Auggie’s parents are thinking about sending him to school for the first time (he’s been homeschooled by his mom). Auggie takes a tour of the school, where he meets some other kids that the middle school director, Mr. Tushman, hand picks to show him around. One of the kids, Julian, is not so nice, though. Auggie decides to go to the school anyway, and during the year he encounters many ups and downs. Ups: Auggie becomes friends with Jack Will, one of the kids who had been on the same tour of the school, and a girl named Summer. Downs: a hurtful game is spread throughout the school, called “The Plague.” And when Auggie hears lots of mean things, he questions his friendship with Jack Will.

The story is told from different perspectives including Via’s, Jack’s, Summer’s, and, of course, Auggie’s. I recommend it to ages 9+.