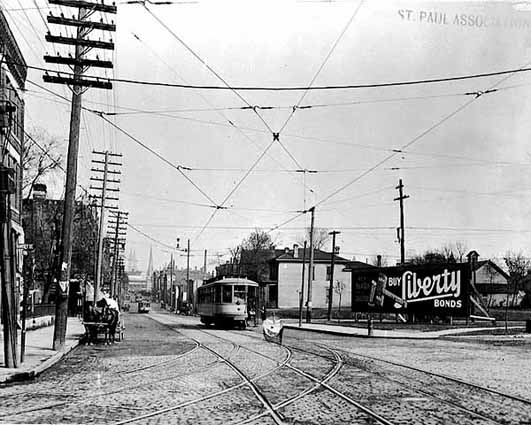 The following letter, signed by the board of directors of the West 7th Business Association, was sent on December 8 to St. Paul Mayor Melvin Carter, the City’s seven councilmembers and Ramsey County’s seven commissioners:

It should be no secret to you that the West 7th Business Association represents a constituency that has been strongly opposed to the Riverview Corridor Advisory Committee’s determination of the so-called Locally Preferred Alternative (LPA) in a massively expensive proposal for transit between downtown St. Paul and the airport and Mall of America.

During the process, we presented a petition signed by more than 3,100 individuals and business owners opposed to light-rail transit on West 7th Street. Our local representatives on the PAC consistently argued against the direction being taken. We provided steady and public constructive criticism via the Community Reporter during the years of process.

In the end, the LPA decision effectively denied all those efforts, without proving the validity of the ideas being adopted. But at least, we believed, the adoption process included a commitment to review the decision — to confirm the validity of those ideas after several years in which they might be tested and confirmed.

That commitment called for a review of the decision as follows:
In December, 2020, the PAC will reconvene to evaluate the technical and financial outlook for the Riverview Corridor Project, to determine whether the chosen LPA is likely to become a reality by 2025, and make alternate plans if necessary.

We learned long ago that the earliest projected “reality” for this project is 2031-2032, six or more years after the original target. Yet the RCRRA recently began the process of convening a new PAC, and announced that the December meeting would not be pursued by the new PAC.

This decision, in addition to its abandonment of a commitment made as part of the original approval of the proposed LPA, is also remarkable for its ability to ignore several vital points:
• The original project cannot be achieved by 2025.
• The transit needs of the West End and Highland areas have remained poorly addressed in the years since the LPA was adopted, in spite of a second resolution elaborately called for research and study in the “Ford Corridor.”
• The pandemic has changed all economic conditions in the public sector. Every responsible transit system in the world is reviewing, reconsidering and revising future planning.
• While Metro Transit has incorporated the LPA into its master plan, this development threatened the possibility of eventually having a truly regional transit system, as the Citizen Advocates for Regional Transit have demonstrated.

We call on you to invest some of the time and funds of the RCRRA in restoring the public review meeting; creating a process that will allow the public to take a meaningful part in that meeting; and preparing clear responses to the many serious objections to the current LPA that the public, given the opportunity, will provide in abundance.