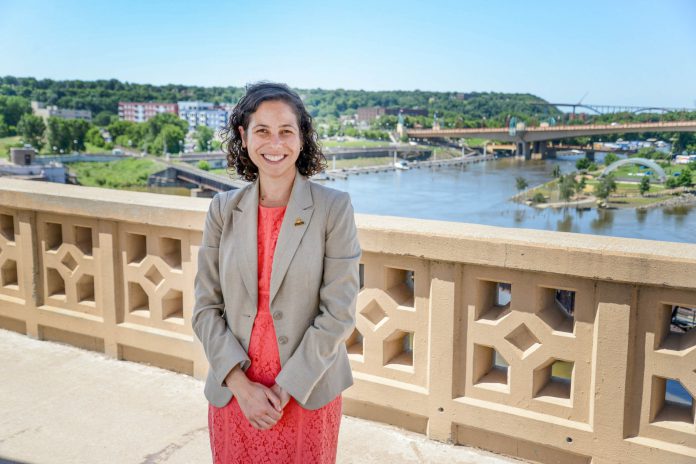 As I looked back at the column I wrote this time last year, this old Yiddish saying came to mind. At times, it has felt like the mantra of 2020.

My final column for 2019 teemed with concrete plans for the new year, bulleted lists of things to work on in the brave new decade, problems to solve and policies to put in place. Reading it now, at the end of this collective nightmare of a year, I’m struck by how senseless its certainty looks.

As anyone who has ever made a New Year’s resolution knows, making plans is always a fraught enterprise. But the notion of planning for a certain future has never seemed more fantastic than it does now. No matter what personal, professional or civic goals we’d set for ourselves in 2020, all our plans were completely upended as the COVID-19 pandemic came to dominate all else.

By spring, we’d embarked on a new reality—and my March column had a very different tone. Instead of talking about plans, I wrote about my hope that the pandemic would restore us to our values of community and generosity, that it would remind us of our common humanity and our obligations to one another, that it would challenge us to be our better selves.

That hope has been borne out again and again in countless acts of individual sacrifice and collective action. Though this has been one of the toughest years many of us have ever experienced, we haven’t given into despair. Our values of empathy, working hard and caring for each other have prevailed as we’ve reached out and supported one another.

I experienced our values in action again a few weeks ago during an online meeting with West 7th neighbors. The purpose of the meeting was to discuss the City’s proposal to locate a day shelter for people experiencing homelessness in the fire station near West 7th St and Grand Ave. I was nervous going into the conversation. The urgency of the situation meant that we hadn’t had time for the robust community engagement that would normally be part of any such development, and services for people experiencing homelessness are often opposed and unwanted by neighbors.

From the very first question, however, I knew I’d had no reason to worry. While there were natural concerns expressed about the logistics of the shelter and how it would be managed so as to serve both guests and the surrounding community, the vast majority of neighbors welcomed the shelter, supported the City’s work to help people experiencing homelessness, and were only concerned that we weren’t doing more. Our neighborhood values of caring and compassion grounded the entire discussion.

At the end of the meeting, I took off my headphones, closed my laptop, and took a deep breath. I realized that I felt more centered than I had in weeks. While the daily onslaught of death, disease and doom-scrolling made it feel like everything was out of control, my home—my city—was the same as it had always been.

Because a city isn’t defined by its plans. It is defined by its values. And while our plans may have fallen to pieces this year, our values have never been stronger. If there is one thing that gives me hope for the year ahead, it is that.