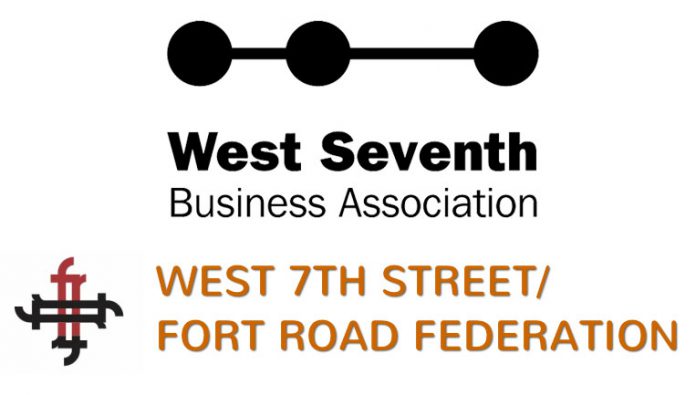 The joint Transit Task Force of the West 7th Business Association and the Fort Road Federation has continued to meet monthly. Within the context of transit improvements, one of the group’s first tasks has been to get a better understanding of neighborhood concerns through asking the question – “What does an improved West Seventh mean to you?”

The Task Force has developed suggested operating principles in the following areas: Support of current businesses; Housing; Streetscape; Transit needs;  West 7th traffic; Mississippi River; Parking; Bicycling and Pedestrians. We would like to expand the input to these and your added principles.

On January 30 of the New Year an open meeting to help guide our neighborhood future will be convened by the Federation and the West 7th Business Association. Details of time and location will be available in January. In the meantime, please save the date and be ready to bring your thoughts and ideas.

In other news affecting transit improvements, the City of St. Paul has announced a public hearing for December 5 at City Hall, Room 300, at 5:30 p.m. to take comment on the Preliminary Design Study for Canadian Pacific Ford Spur. The spur owned by the Canadian Pacific Railway has been abandoned in part through the neighborhood and on to the Ford site. New uses for walking, biking and transit have been proposed. If you have questions you can call Mike Richardson at 651-266-6621. You can make comments at the hearing or in writing to mike.richardson@ci.stpaul.mn.us

The Ford Site Plan proposed by developer the Ryan Cos., has been in the news. The plan does not contain a central focus on transit. Instead it has a water feature that flows to Hidden Falls and the Mississippi River. The daylighting of water to Hidden Falls is a significant feature of the 2013 Great River Passage Plan adopted in the City of St. Paul Master Plan.

News out of Ramsey County indicates that completion of the proposed streetcar transit improvements for Riverview is not expected until 2032, including four years of disruptive construction.

There is little dispute of the need for transit improvements in the West End. At the start of the Riverview Corridor Transit Study in 2014, we were told it was a long ten-year process to reach a studied conclusion and build even the least ambitious of options. We are now faced with a projected additional eight years of delay. This is unacceptable. Please join us on January 30 to discuss our vision for the future of the West End that includes transit that works for everyone.