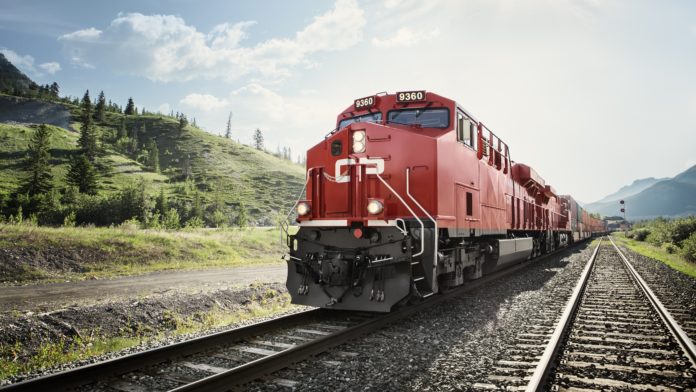 The proposed merger of Calgary-based Canadian Pacific Railway (CPR) with Kansas City Southern Railway (KCS) will be an end-to-end combination connecting CPR’s Prairie Province and Upper Midwest network at Kansas City with KCS’s route to Texas, Louisiana and Mexico. An end-to-end combination with no overlapping routes, Minnesota’s stretch of tracks will afford shippers minimal rate or service degradation. But the merger will cost the Twin Cities metro area up to 200 managerial jobs as those functions consolidate in Kansas City. While the freight economics may work for shipping giants like Cargill, ADM and General Mills, there will be a $15 million annual direct wage hit to the Twin Cities economy and another vacant office building in downtown Minneapolis.
But the deal could also be a community godsend that repurposes underutilized local freight corridors into badly needed housing, recreational and environmental assets if our elected and civic leaders step up and use the unique leverage available to them under federal regulations to gain restitution from the merging parties for the job losses. Here’s how that can – and should – unfold:
CPR will seek and likely need Minnesota public and private sector support to secure federal regulatory approval of the deal. Given that shippers will be no worse off, a more community-friendly Biden administration will likely focus instead on economic and environmental restitution to affected employees and municipalities. Conveying to the public obsolete, under-producing CPR rights-of-way better situated now to address pressing Twin Cities housing and mobility needs would be appropriate restitution.
There are three in or near the West End:
The Highland Park Spur: An idle 3.5-mile right of way paralleling West 7th Street and Cleveland Avenue in St. Paul’s West End and Highland Park districts. It has significant redevelopment potential due to neighborhood connectivity, a uniformly wide off-street pathway and proximity to Minneapolis-St. Paul International Airport (MSP).
The Hiawatha Industrial Spur: A once booming 2.6-mile freight corridor running next to Hiawatha Avenue between Lake Street and Minnehaha Park in Minneapolis. There, rail traffic has dwindled to 40 carloads per week as trackside flour mills and grain elevators give way to high density residential and light commercial usage having easy access to transit, MSP and downtown.
The Eastern Midtown Greenway Extension: A 2.6-mile east-west pathway connecting the Hiawatha Corridor at Lake Street with the CPR main line near Cleveland Avenue in St. Paul via a bridge over the Mississippi River north of Lake Street. Repurposed, it would be the key link in a transformative trail/transit network that extends the popular Greenway into St. Paul’s Midway district and beyond.
Combined, the real estate underlying these track segments is now worth about $50 million as adjacent property finds higher and better use. Contrast that with a declining rail freight traffic base of just one aging flour mill and an intermittent steel scrapper worth, at most, $20 million. As such, and given their unique linear trajectories, these pathways should be repurposed as:
• Trail network extensions offering safer, healthier and greener alternatives to on-street bike lanes and sidewalks. Have you tried to bicycle down West 7th lately?
• Transitways providing faster, safer and more efficient alternatives to street-based rail and bus, thereby enhancing rider mobility and opportunity access.
• Utility easements more efficient and less disruptive to implement.
• Playgrounds and green space offering  recreational and well-being benefits, most notably along the densifying and still affordable Hiawatha Corridor.
• Strategically placed roadways that offer congestion and emissions relief to dense, traffic-challenged locales like St. Paul’s emerging Highland Bridge development.
Minnesota should, therefore, support this merger subject to:
• Public ownership and control of the pathways listed above.
• A joint rail-with-trail usage arrangement over the Short Line bridge, then eastward into St. Paul.
• CPR assistance with shipper relocation and track abandonment proceedings where appropriate.
• CPR to assume environmental liability where appropriate.
It is well past time for the freight railroads to acknowledge that profitable traffic is not coming back to Highland Park or the Hiawatha Corridor. And it is about time that key elected and appointed policy makers responsible for Minnesota’s position on this matter seize the moment to preserve these pathways for the common, greener, community good. If you agree, contact senior officials at MNDOT, Met Council and Gov. Tim Walz’s office, copying your state representative and county commissioner, and tell them our community and its sustainable future are watching.
Jerome Johnson, James Schoettler, Jay Severance, Mat Hollinshead, Greg Struve, PE, and Brennan Malanaphy for Citizen Advocates for Regional Transit (C-A-R-T), an informal association of Twin Cities executives focusing on the need for a balanced regional approach to transportation planning and development.