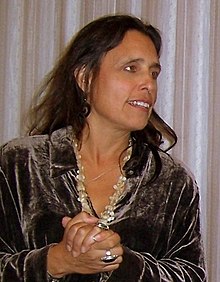 [Editor’s Note: This is the fifth article in Tim Johnson’s series on racism. Comments and insights are welcome: send to editor@comm.stpaulmedia.com.]

Harriet Bishop was a force with which to be reckoned. In spite of protestations from family and friends, she set out on her own in 1847 from her home in New York to the Western territory known as Minnesota. Settling in the hard-scrabble town of St. Paul, Bishop is credited with starting the first public school, the first Sunday school, and being a leader in the temperance and suffrage movements. Harriet Island bears her name.

What is less well known about Harriet Bishop is the racist and white supremacist attitudes she brought with her. According to historian Mary Wingerd, at the time of Bishop’s arrival Minnesota had for nearly 200 years been developing a culture in which there was space for native people and people of European descent to co-exist. In Wingerd’s book, North Country: The Making of Minnesota, the erosion of this inclusive culture had already begun with the arrival of more and more Easterners who saw Indians as “either savages to be scorned and feared or exotic primitives.” The request for a teacher in St. Paul specified, “someone entirely free from prejudice” in order to best serve the students of English, French, Dakota, Ojibwe and African descent. Wingerd notes Bishop was the “antithesis of that description, scornfully describing non-Anglo St. Paulites as “motley, ignorant and deluded.” Her harshest judgment was reserved for Indians who she referred to as “disgustingly filthy” and, as a race, treacherous, lazy and embedded in “moral pollution.”

Unfortunately, Bishop’s white supremacist attitudes were the norm among the growing population of immigrants to Minnesota, rather than the exception. Conveniently viewing Indians as inferior provided the needed rationale for unscrupulous treaties, making it possible to acquire valuable farming country in the southern part of the state and timber rights in the north. Sibley, Rice and Ramsey to name just a few, shared in this opportunistic racist ideology. Christian clergy played their part as well, often wedding a belief in Manifest Destiny with Christian evangelism. Following the U.S.-Dakota war of 1862, it was a simple step for Ramsey to seek the extermination of Dakota people in Minnesota, offering a bounty for the scalps of any Dakota who were killed.

Because we live in a highly individualistic culture, even when we acknowledge the racism of people like Bishop, Ramsey, Rice and Sibley we tend to isolate their behavior as the result of prejudice found in those particular individuals. But, white supremacy as an ideology of superiority is bigger than any one individual. It has a life of its own, which is why Ojibwe leader and activist, Winona LaDuke refers to white supremacy as a Windigo, a spirit identified in Ojibwe tradition that is greedy, cannibalistic and consuming. Windigo is not at all unlike what the Apostle Paul in Christian tradition refers to as the spirit of principalities and powers at work in our world. Harriet Bishop was infected with this Windigo spirit, as was Ramsey and most immigrant Minnesotans. The challenge of Windigo is with us still.