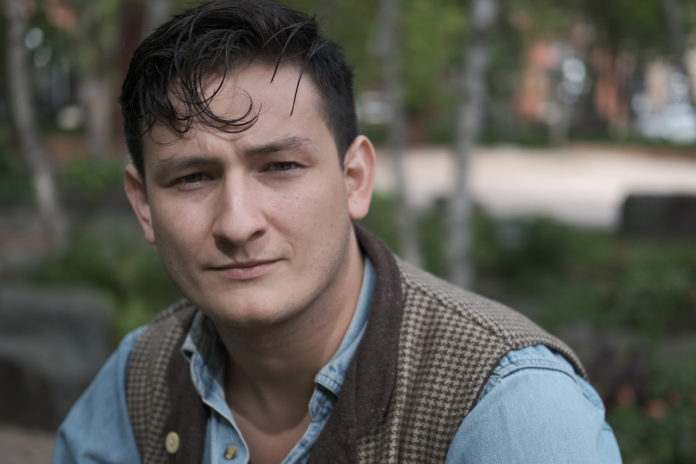 by Jerry Rothstein
Casey Ek has been named the new Editor of the Community Reporter after he prevailed over a very competitive group of candidates. His first issue — August-September 2021 — shows that he has hit the ground running, and we hope to enjoy his inquisitiveness, community focus and excellent writing for many years.
Casey grew up in Mankato, where his family owned several businesses in which he worked. He cooked and served at their Mexican restaurant — his father is of Mayan descent, and initially came to the U.S. as a migrant worker. Casey also learned maintenance, cleaning and painting skills in another of the family’s businesses — and these have come down to the present as he now works for a local, family-owned building management company.
After graduating from Loyola Catholic School, Casey started college at the University of St. Thomas in communication and journalism. A certain restlessness saw him transfer to American University in Washington, DC, where he completed his BA in journalism, with a minor in religious studies. Looking for something new, challenging and experiential, he took a semester abroad in India at the start of his senior year, where he hoped he would have an opportunity for spiritual life “to hit me in the face.”
The rigorous program at a Buddhist monastery immersed him in meditation and mindfulness practices that he has continued to follow. He recalls, “The program, the discipline required, helped me open my eyes to who I was and how I was living my life.” The classes in India also brought some unique opportunities. They had a private audience with the Dalai Lama at his monastery in Dharamshala and met Morgan Freeman and appeared in his remarkable documentary “The Story of God.” Casey’s view of storytelling began to form more clearly from his experiences in India.
After graduating from American University, Casey set out on another adventure, landing an internship in Nepal as a multimedia journalist, working with Online Khabar to help launch their English-language service.
Returning to Mankato, Casey started work as a photographer for the Mankato Free Press, and then as reporter-writer-photographer for the Belle Plaine Herald, a historic family-owned newspaper founded in 1882. That experience confirmed for Casey that community news work was right for him.
In 2018, Casey and his fiancée Bridget Ireland moved to St. Paul. He continued freelance writing and photography, while she pursued her work as a pediatric occupational therapist. When he heard about the Community Reporter position, it felt like something through which he could make a mark.
He loves the idea of building on the Community Reporter’s 50-year legacy and challenging the idea that community newspapers are done for. He says, “Community newspapers have passion, not only about reporting but also about improving the communities they serve.”
He spoke about these early days with the paper: “So far, I have often been humbled by how complex a neighborhood can be, how many factors are involved in every issue. We rely on the neighborhood to tell its own story with our help.”
As we welcome Casey to our iconic neighborhood, let’s also point out that the Mayan name “Ek” translates to star in English.