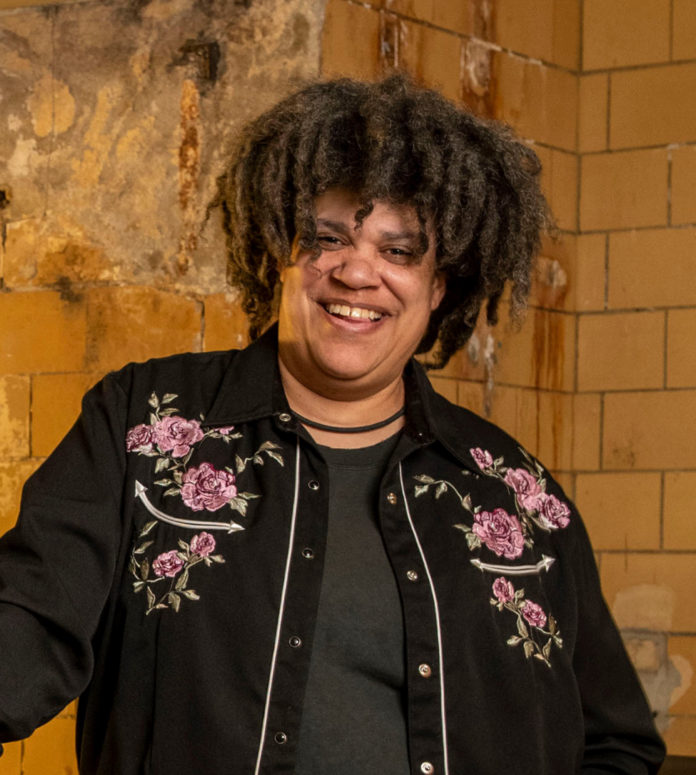 By Jerry Rothstein
When Mary Cutrufello plays a music gig at The White Squirrel [you can see her there with Trevor McSpadden on Nov. 30, 6-8 p.m. at a free event and every Tuesday] she is in the building where decades of West 7th/Fort Road Federation activity took place, in the years when Betty and Ed guided the organization through challenging times, and retired with a proud record of successes defending and enhancing the neighborhood.
And now, Mary has taken on the Executive Director/Community Organizer role for the Federation after the departure of Emily Northey, whose four years at the job also brought much progress.
Among the special West Enders who bring music to the work of community development, Mary joins Dr. Tim Rumsey, pioneer in community health, and Dave Thune, whose service on the city council was outstanding, both of whom have popular local bands.
Mary brings a fascinating combination of interests, experience and skills. She grew up in Connecticut and earned her undergraduate degree at Yale in American Studies. After graduating, she moved to Texas and during the next decade built her music career as a singer and guitar player, touring, on television, and recording for Mercury Records. In 2001, she was looking to make a move, and the Twin Cities music vibe and musicians she had met attracted her to move here.
By 2012, she had come to West 7th, buying a house in the Palace Rec area. She was supporting her music by driving for FedEx Ground but got hurt on the job. Workers’ compensation allowed her to shift into graduate school, and because she had been so interested in seeing the ways people interacted with their environments — neighborhoods, organizations, government — she decided to go into urban planning at the Humphrey School of Public Affairs.
“It seemed like it spoke to things that had fascinated me all my life,” Mary said
While there, she was part of a five-person group doing a capstone project with the City of Medina, working with the public on the train station that was concerned with community history.
Since graduating with her master’s degree, Mary has worked as a planner for the City of Oakdale, working with the city council and learning about the dynamics of a small city government. She joined the Federation board in 2020 as Area 1 Coordinator and became First Vice President this year.
When the position opened, Mary decided to apply, seeing it as an opportunity to get things done in her own community with an organization she had already begun to know and work with. Dealing with the changes that will come to our community is a challenge she appreciates.
Mary wants to work toward engaging a wider swath of neighborhood people and develop a continuing dialogue on community issues with all of us.
Looking back on her graduate school experience Mary recalled: “I learned so much there that I didn’t even know needed learning.” Let’s wish her the same possibility as she begins her complex responsibilities for the Federation.
Mary can be reached at mary@fortroadfederation.org.