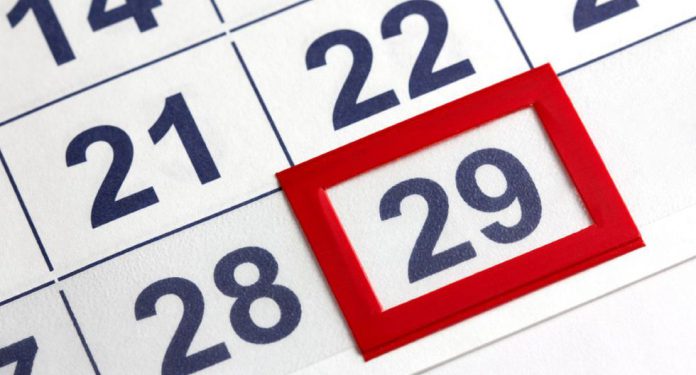 February 29 is activated for the quadrennial celebration of Leap Year. The earth’s rotation around the sun is 365 years, 5 hours, 48 minutes, and 46 seconds. The overlap was noticeable early on; Julius Caesar introduced Leap Day in 46 B.C.E. But Pope Gregory XIII of Rome tweaked it in 1582, omitting a few random years; like those divisible by 100.
If you were born on this day, you could be called a “29er” or a “Leapster” or a “Leapling.” You could belong to a unique club group. Plus, you have the possibility of three different birthdays, February 28, February 29 or March 1. The decider, usually the state, calls February 28 quite often. My friend Barbara is March 1, her brothers aren’t teasing her so much anymore now that she is about to be 17 years old.
Those who have February 29 on their documentation can have significant problems with identity. Applying for a new driver’s license in a different state, February 29 may not be recognized. At 21 years of age, your first alcohol purchase may be hindered by the barkeep thinking you have a fake ID. Or you could lose your lover. Frederick from “The Pirates of Penzance” (Gilbert and Sullivan) nearly had to wait until his 21st birthday, not his 21st year, to be released from his indentured pirate service. He wanted to marry the beautiful, beloved Mabel, daughter of a Major-General, but his sense of duty would not allow him to break away. He was rescued by the Police Sergeant during a pirate raid on the Major-General’s home. In Queen Victoria’s name he was to marry his true love, Mabel.
February is predicted to be mostly overcast. We might have 8 days of sunshine and 7 partly sunny days of our 29 days. On February 1, sunrise will be 7:32 a.m. and sunset will be 5:20 p.m., yielding 9.47.07 hours of daylight. On Leap Day, sunrise will be 6:51 a.m. and sunset will be 5:59 p.m., 11.05.13 hours of daylight. Last month on New Year’s Day, sunrise was at 7:50 a.m. and sunset was 4:41 p.m., 8.50.31 hours of daylight. I will enjoy every minute that comes each day.
If you are not feeding the birds and would like to see some bird activity in your yard, February would be a good month to put out some feeders. Then by the lean months of March and April you will have established your yard as place to get food. Make sure you place out water too. They come for the water and stay for the food. The chickadee will be sounding off its spring song very soon too.