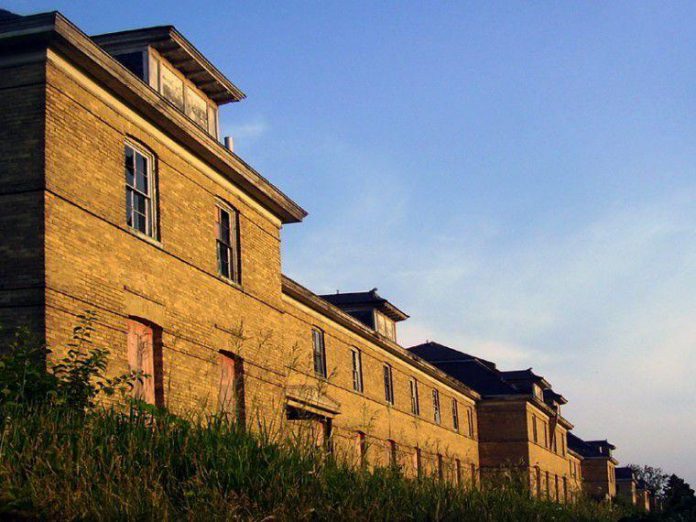 by Tim Johnson, Retired pastor of Cherokee Park United Church
[Editor’s note: This is the second in a series that Tim Johnson is writing for the Community Reporter. His reflections are drawn from the 2019 Overcoming Racism Conference held at Metropolitan State University.]
We never really learned the story of my father’s uncle David. If his name was mentioned at all, it was in hushed tones. We did pick up bits and pieces. At some point he had been institutionalized in a state-run hospital for the mentally ill where he eventually died. One sensed a strong feeling of shame that this had happened to a member of our family. My siblings and I upheld the silence by choosing not to ask. David’s story was kept hidden.
There are many reasons for resistance to speaking about the legacy of racism in our nation, state and communities. Certainly, it is economically beneficial for those of us who are white to ignore our racist past. We can imagine, for example, that whatever material success we have accomplished has nothing to do with the theft of native land, culture, and religion or the denial of home loans, educational opportunities or work opportunities because of one’s name or color of one’s skin.
But, I have no doubt that there is an even deeper reason that so few of us know that Hitler’s model for concentration camps was drawn from the imprisonment of Dakota women, children and elders below Fort Snelling following the U.S.-Dakota war in 1862. It is an area the Dakota called Bdote, where the two rivers join, and in their origin story is the place of creation. Hundreds died of starvation and illness over a long cold winter as they were imprisoned in the very place they held most sacred. It is among the many stories we in Minnesota largely keep hidden from our children. It should come as no great surprise that the Minnesota Historical Society decision to include signage at Fort Snelling which reads “Fort Snelling at Bdote” was met with fierce criticism. In response, the senate sought to cut MNHS funding by four million dollars. To be reminded of the Dakota name Bdote is to be reminded of a history we have sought to keep hidden.
We prefer to remember our stories, be they family stories or stories of nation, state and community without blemish, free of all that is discomforting and troubling. As recently as 2013, Macalester College, a school that sees itself as embracing diversity and racial justice, nonetheless named a building after Neil Hall, the school’s founder, whose history includes the theft of native lands and robbing native graves. It was a hidden history until students brought it to light, seeking a change in name for the building.
At the 2019 Overcoming Racism Conference held at Metropolitan State University, Dr. Joe Feagin reminded us that our nation’s founding President, George Washington, was a slave holder who used whips to keep his slaves submissive and among other atrocities had their teeth yanked out so they might be fitted with his dentures. Washington D.C. was chosen as the capitol, not because this then swampy area had such natural beauty, but because slave owners like Washington, Jefferson and Madison could keep their black servants enslaved there. This is a part of our nation’s hidden history.
We are slowly coming to realize that keeping mental health struggles hidden only makes it that much more difficult to address when they surface anew. Bringing my great uncle David’s story to light has nothing to do with bringing shame on the family, but it has everything to do with healing the mental health struggles people continue encountering today. If we are unable to honestly name and confront the brokenness of the past, we will be unable to name and heal the brokenness of the present.
There is much we need to learn about racism in our nation, state and community. But, one thing is certain: if healing is to occur and we are able to truly live into the ideal version of our common life that we hold dear, it will be because the history and reality of racism is no longer hidden.