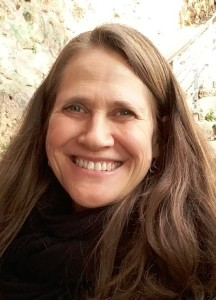 A few months ago, Pastor Emily Rova-Hegener arrived in the West End to take up her new call — to both St. Mark and St. Luke Lutheran Churches. The congregations have created a joint pastorship for her, and she is eager to fulfil their plans.

She and her husband, Pastor Joel Rova-Hegener, who has taken up his own call at Our Saviour’s Lutheran Church in Hastings, arrived here directly from a four plus year residence in Oslo, Norway, where he was Pastor of the American Lutheran Congregation of Oslo, a congregation including 43 nationalities from many denominations and spiritual paths.

Emily had a long sabbatical from the pulpit and worked as an elementary school teacher at the Oslo International School, with a multi-national student body and a progressive curriculum.

Emily was born in Edina and moved, when young, to a hobby farm in Cologne, MN west of Chaska. The family had animals of many kinds and gardens, which she loved. In such a small community, she found herself doing a lot of travelling — school in one direction, church in another, sports in others. “It was sometimes hard to feel ‘in’ — always seeming to come from elsewhere.”

At 15, Emily went on a church mission to Appalachia, having no idea what to expect. It turned out to be “a life-changing experience.” She met a single mom with two kids and worked putting new siding on her house. The woman, shy at first, would come out to watch the crew and they would start to talk. Emily’s sense that there were ways for her to make a difference was nourished. “I thought, ‘People of faith are working together; maybe I’m called to something.’”

In subsequent years, Emily had many opportunities to broaden her perspective, with outdoor ministries, studies in Zimbabwe, Austria and Germany, and her undergraduate work in elementary education. She continued to discern — that wonderful way to describe deep perception of our lives and their potential — and realized that she needed to go to Seminary.

Next year is the 50th anniversary of the ordination of women in the Evangelical Lutheran Church of America. Early on, Emily was still one of the few or only women in her courses. She studied at Luther Seminary and earned her Masters of Divinity. She first served as Associate Pastor in Grand Rapids, MN, then a co-pastor at Silverdale Lutheran Church in Washington State before returning to Minnesota as co-pastor in Eveleth for nine years, both of the latter with Pastor Joel.

St. Luke council member Joyce Bluel spoke of Pastor Emily’s arrival: “Pr. Emily comes to us with great enthusiasm and St. Luke looks forward to working with her in making our shared ministry with St. Mark a success. We will be exploring opportunities for our two congregations to strengthen our relationship with each other and to provide for the needs in our community.”

After her years teaching in a democratic socialist country, Emily is “back home” and wrestling with the individual consequences of our society. Taking on the joint responsibilities of St. Luke and St. Mark and their different dynamics, she welcomes St. Mark’s theme of being in the city for good, and St. Luke’s emphasis on food and nourishment. There will be opportunities for cross-pollination and re-envisioning roles, responsibilities and mission.

Like St. Mark itself, Pastor Emily has accepted the call “To be in the city for God and for good.”