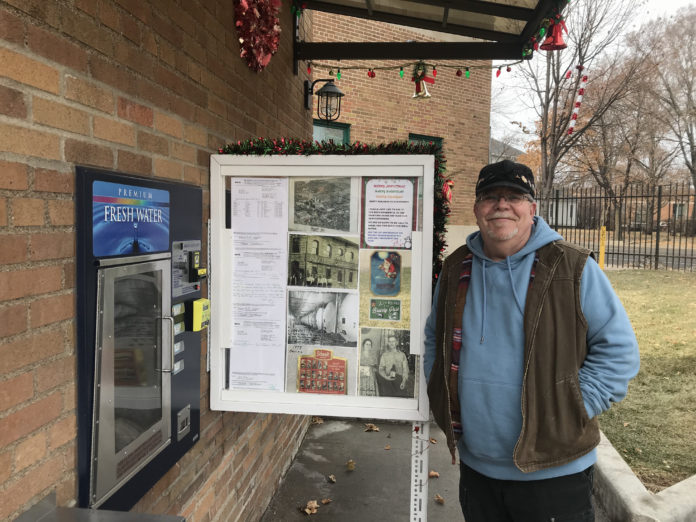 Throughout the 1980s and ’90s, Phil Gagne rose through the ranks of the breweries occupying the Schmidt site, working dozens of jobs. By the time brewing halted in 2002, he was head brewmaster, and he figured there wasn’t a machine in the brewhouse he hadn’t stuck his hand in or a part he hadn’t MacGyvered.

In 2012, the interior of the brewery was gutted to make way for the Schmidt Artist Lofts. Gagne visited the site occasionally, at times troubled to find mechanical treasures strewn across the floors that had once been the center of his work—CO2 tanks, bottle fillers, kegs. Fearing the history would be lost, Gagne collected what he could, unsure how he would put the parts to use.

Earlier this year, with the help of Craig Cohen and several other investors, he opened Phil’s Well House and Brewery Park (882 W. 7th St.), offering public access to the pristine aquifer water that had supplied the brewery since 1952. As he visited with customers filling their water jugs, Gagne got the idea to offer them a form of entertainment. “I saw people having lunch,” he said, gesturing to the picnic table he had set up in the pocket park, “and I wanted to give them something to look at.” Then, after he started crafting a rudimentary base, two neighbors from the Artist Lofts encouraged him to keep at it. “I never would have finished it without the help of MaryBeth Garrigan and Peter Lommen,” Gagne said. Garrigan, an artist who founded the National Eagle Center in Wabasha, Minnesota, and Lommen, a retired art professor, shared their advice about working with a variety of materials.

The result—called the Keg-O-Verse—brings together Gagne’s world and ours, representing the cosmos entirely through found objects from the Schmidt site. An old parking sign, jutting out of a keg at the base of the structure, provides a scaffolding on which several of the objects hang—a onetime corner conveyor that represents earth is linked by the celestial chains of a German brew kettle to another saucer-like object that calls to mind a satellite. Above the scene hangs a silver bottle-filler with ray-like notches emanating from its center, the sun in Gagne’s conception. A patterned silver vent cover once in the Rathskeller building represents the International Space Station. During the holiday season, the installation twinkled with ornaments.

“These are bottle-house pieces,” Gagne pointed out, “front-office pieces, and brewhouse pieces.” He backed away from the arrangement, taking it in as he quietly let memories carry him. “You can look at it and let your imagination run wild.”