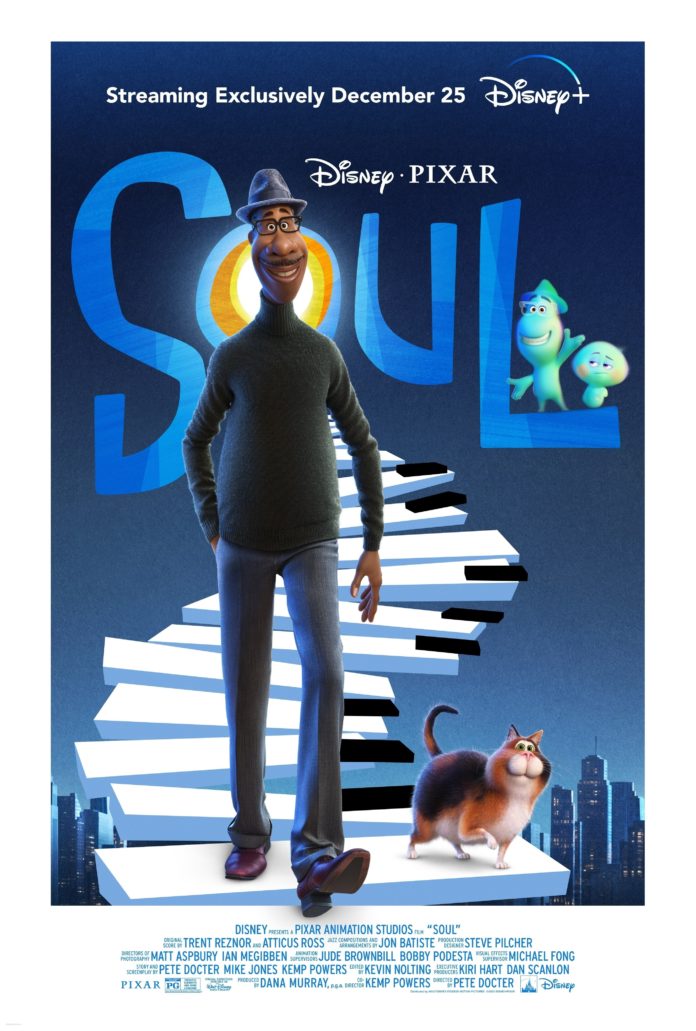 Pixar’s latest film Soul is a strange, inventive and ultimately touching exploration of life and death, music and passion, success and happiness and what it takes to truly follow your dreams.

Joe Gardner (voiced by Jamie Foxx) is a wildly talented jazz musician who teaches band part-time at the local middle school. After suffering an untimely accident (don’t worry, this isn’t a spoiler), his soul winds up in a surreal and effervescent realm called “The Great Before.” There, he meets a fellow soul named 22 (voiced by Tina Fey), and the two of them attempt to discover their own purposes — or “sparks.”

Minnesota’s own Pete Docter directs this glowing gem in an imaginative and thoughtful key. You could definitely view Soul as a spiritual companion to 2018’s Oscar-winning sensation Inside Out. The film pulsates with striking visuals — from the star-splashed skies, to the trippy and abstract character designs, to the impressively photorealistic views of bustling city life. New York City, to be exact.

The film’s funny and acerbic script is full of whip-smart lines and clever jokes about personality tests, philosophers and the New York Knicks. And while there are plenty of comical shenanigans to keep young children entertained (Joe at one point winds up in the body of a cat), this is definitely Pixar’s most contemplative and mature film to date. It’s painted with themes of regret, disappointment, the pains of adulthood and deep-seated fears of wasting away. “Can’t crush a soul here,” 22 says. “That’s what life on Earth is for.”

But Soul definitely isn’t a downer. Nor is it cynical. In fact, it’s a wonderfully rewarding experience. A life-affirming celebration of passion and drive. An optimistic tribute to the meaningful notes that can light you up and sweep you away. What is your spark?