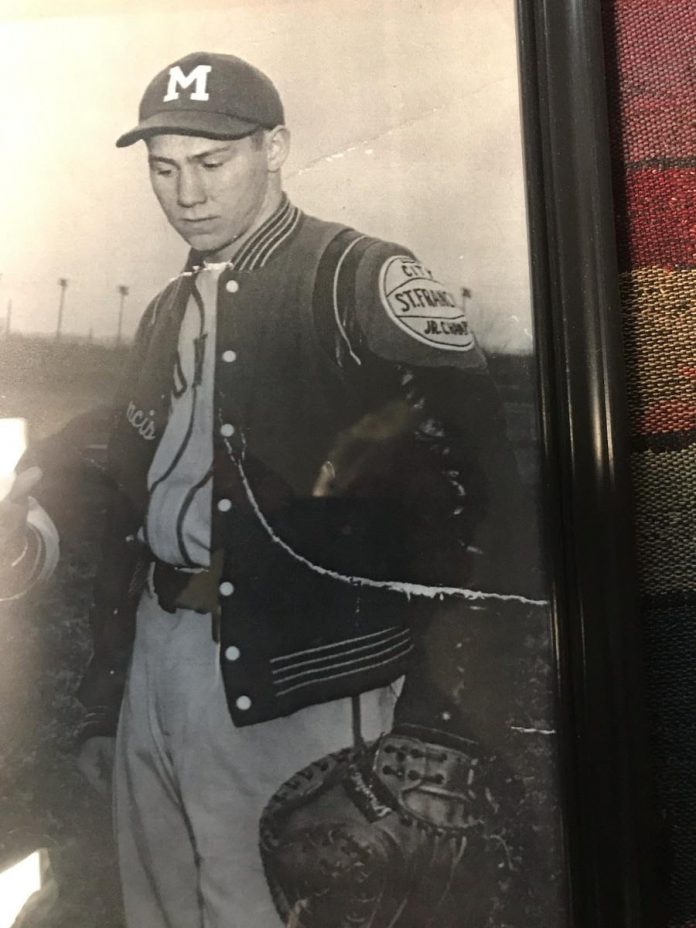 by Pat Tupper
“When we are young, we are oblivious to the many ways we are helped,” Snap said, “but as we begin to realize it, we need to begin to give back.” This theme has shaped Snap Leitner’s life and resulted in the creation of the unique West 7th Street Boys Club.
Born the 14th child in his family, Snap grew up in Ayd Mill under the watchful care of his grandparents. He acquired his nickname at his baptismal ceremony when someone commented that having three Otto’s in the family was confusing and proposed calling the baby “Snapper.” This nickname, soon shortened to ’Snap’ still remains with him. One of the biggest influences in his life, Snap’s grandfather was a World War I veteran who had fought for the United States. One of his grandfather’s closest friends and neighbor was a German Army veteran of the same war. That the two men were friends was a lesson that Snap never forgot.
Graduation from Monroe High School in 1964 was followed with a  stint in the Marines. Then a job as a truck driver for Bob Campion, a chance to become a St. Paul Fire Fighter and Campion’s encouragement to him to seize the opportunity, led to Snap’s long career in the Fire Department. Married, raising three sons and drawing on a lifetime of interest in athletics, Snap also began coaching sports at various schools in the neighborhood. It was, he commented, “Quite a challenge to manage the 24-hour Fire Department shifts with the normal high school schedules.” Now long retired, Snap still suffers from injuries obtained when fighting the Commodore Hotel gas explosion fire in 1978.
By 1985, “Several of us knew what we wanted to do to begin giving back.” Meeting with two friends, Dennis Denning and Nick Mancini, Snap proposed a club whose general purpose would be to provide assistance to needy individuals and families in the West Seventh area. These individuals and families were to be identified by word of mouth from Club members and various community leaders. All expenses for this assistance would be met by the Club. The name, West 7th Street Boys Club, was selected at the first meeting.
Now a nonprofit organization, the club has grown to more than 200 members, both males and females, and now engages in fund raising activities to fulfill its mission. It continues to meet its own expenses in time, expertise and money, taking no funding from the money raised by donation. Its purpose as stated in the Club guidelines has remained the same since its inception: “(1) To provide assistance to the working poor, seniors, military personnel, families and individuals who are independent from government assisted programs. (2) Direct cash is never given with the exception of unique situations. (3) Preference is given for West Seventh area residents, but anyone in need, regardless of location is always eligible for help. (4) A formal membership drive is not undertaken and members donate what they wish. (5) There are no administrative expenses or annual dues. (6) Individuals do not receive help for more than five years, as well as some other restrictions.”
Individual recipients are never identified publicly. Services range from occasional tuition help for individual students, food, Christmas trees provided over the holidays, bikes for kids, and other items. Last year, 300 bikes were given to kids in military families stationed in the area, and an additional fifty bikes went to other recipients. The club has achieved awards for its community service and for its support of military families in the area.
As the club grew, Tom Campion proposed another idea. Why couldn’t the club provide a way for local families and their kids to meet police officers in an informal setting? Accepted by the Police Department, this idea became the Safe Summer Nights Out program at local playgrounds. In 2019 the club provided, prepared and served thirty-three thousand hamburgers and hot dogs to attendees. This averaged out to an event nearly every Thursday night during the summer.
Snap is now working on the possible creation of an event honoring athletes and the role of athletics in the former Monroe high school which was closed by the school district in 1977 — see notice on page 3.
Readers interested in the Club should contact Snap at sleitner22@msn.com or check out the Club web page at west7thstreetboysclub.com.
Pat Tupper is a local writer and genealogist, and is a member of the Seniors Project on Social Isolation.