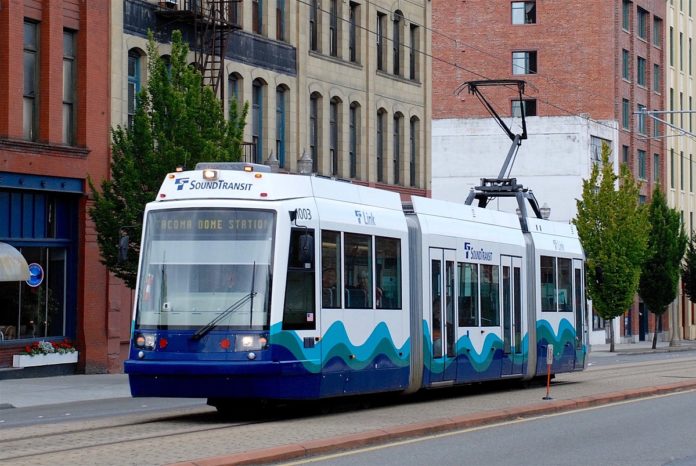 by Jim Schoettler, C.A.R.T.
The Riverview Corridor project took pains to distinguish between Light Rail Transit (LRT) and Modern Streetcar (MS-LRT). They said that LRT required its own dedicated right-of-way, while MS-LRT could run in the street, along with all the other traffic. In fact, they quickly dismissed LRT on this basis and chose MS-LRT for the Locally Preferred Alternative (LPA).

But MS-LRT has two characteristics that are extremely important: (1) A very low chassis so that riders can step on from the curb; and (2) narrower width so the vehicle is less of a disturbance to adjoining traffic. The step-on ability greatly increases the number of locations for stations, because high platforms and ramps are not required. The narrower width is a very important safety feature, because it reduces dangerous impact on sidewalks, especially those crowded with pedestrians, people seated at street cafés and pets on leashes; and it reduces danger to autos and trucks on adjoining lanes.

Unfortunately, MS-LRT cannot work on West Seventh, because the Riverview Corridor’s vehicle must also conform to the height and width requirements of the Metro Blue Line and Green Line stations on the east end, downtown St Paul (two stations), and on the west end from the airport to the Mall of America (six stations). The floor height for boarding must be 14 inches above the top of the rails and the width must be at least eight and a half feet — in other words, the same as LRT; exactly what they said required its own dedicated Right of Way, and would not work in the Riverview Corridor.

For nearly six years, the Riverview Corridor leadership has been touting Modern Streetcar and illustrating it as the solution to transit needs in the area, while fully aware that MS-LRT would not work. This deception is only one of several fundamental flaws in the current LPA.

But the Riverview Corridor’s administrators seem bent upon building this internally inconsistent and fundamentally flawed LPA, having recently announced a new Policy Advisory Committee (PAC) to let several multi-million-dollar contracts for environmental studies and engineering design of the LPA.

There is no time to lose. The West Seventh community and its city council members must rise up and demand that these studies be halted and the LPA reconsidered. Otherwise, after spending more than $2 billion, the community and east metro will be saddled with this ill-conceived and inadequate folly for generations.