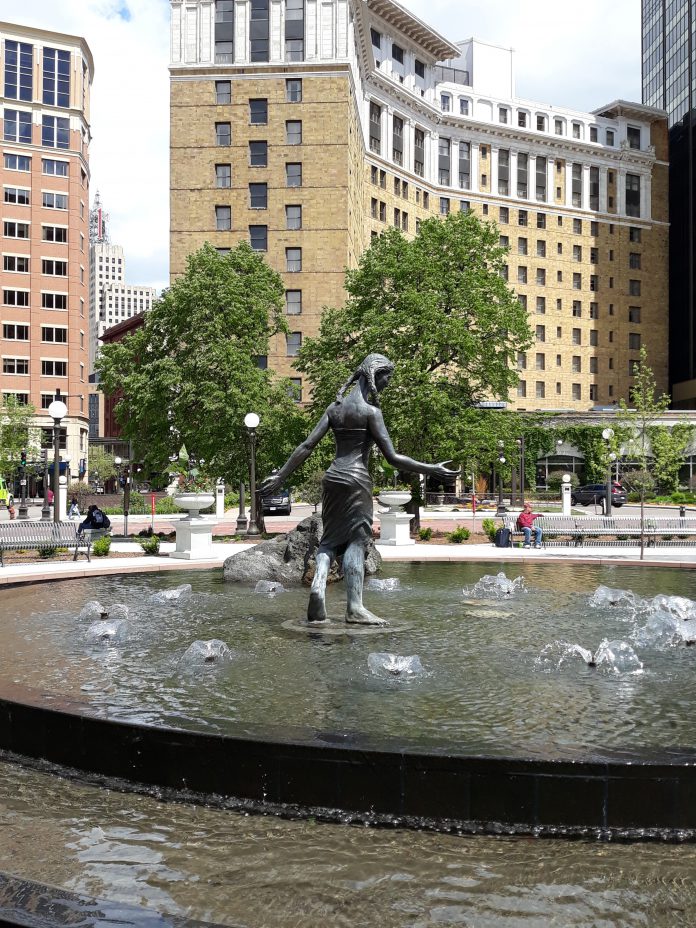 After a year of construction work, Rice Park is being rededicated and reopened to the public June 11, 4-6pm on 4th Street, border of Washington and Market.
At the heart of downtown St. Paul, it was dedicated as St. Paul’s first public space when it was given to the city in 1849. Since then, it has experienced many transformations and renovations as a popular green space in an urban area. It is a well-used urban park that serves many individuals and hosts numerous events including the Winter Carnival, Flint Hills Children Festival, and many more.
In 2014, the St. Paul Garden Club raised funds to address the need for improvements to Rice Park. The City developed a concept plan for phased improvements to the park. Successful private fundraising with the help of the St. Paul Parks Conservancy, Rice Park Association and St. Paul Garden Club, and public funds, have supported the project as it reaches completion.