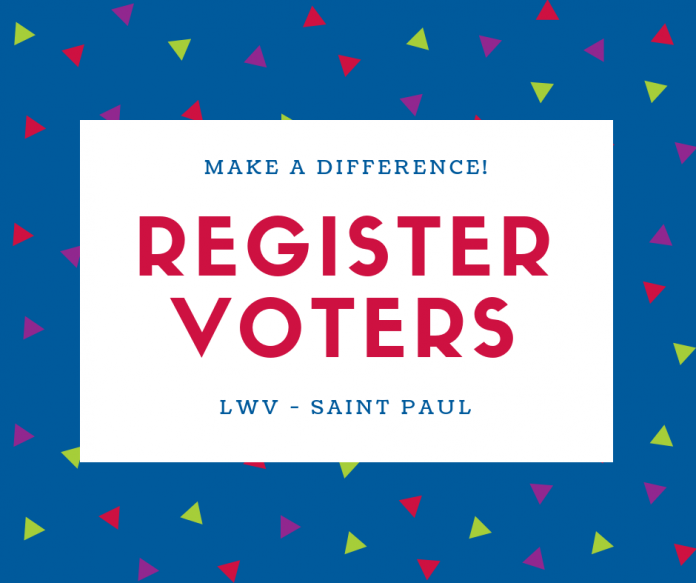 To help solve this problem, the Elections Office has focused on improving voter participation among younger voters and in the traditionally low voter turnout precincts. Young people tend to be more mobile, have lower incomes and are more ethnically and racially diverse than the population as a whole.

• Worked with Common Cause Minnesota to facilitate absentee voting by inmates at the Adult Detention Center (ADC) and the Workhouse: received 51 absentee ballot applications from the ADC and 7 from the Workhouse.

• Operated 12 early voting facilities throughout the county — the largest operation of its kind in the state: more than 26,000 voters cast their ballots at one of the county early voting locations.

• Worked with the League of Women Voters and other groups to promote registration and voting: total registration in the county increased in 2018 by more than 13,000 voters, or 4.4%.
Ramsey County experienced a dramatic increase in both voter registration and voter turnout for the 2018 general election, especially in traditionally low turnout precincts and among young voters. Specifically, every ward in St. Paul saw an increase in voter registration in 2018. Voter turnout was also up dramatically countywide in 2018. More than 246,000 Ramsey County residents voted in the 2018 general election, an increase of 36% from the last gubernatorial election in 2014. The biggest gains in voter turnout occurred in the City of St. Paul, specifically in the Frogtown and East Side neighborhoods (Ward 1 Precinct 9 saw an increase of almost 80% from 2014).

We would never claim that the increase in turnout was all because of the work of Ramsey County elections. But I am excited for us to continue these efforts and to study closely which ones have the greatest impact in 2019 and 2020.