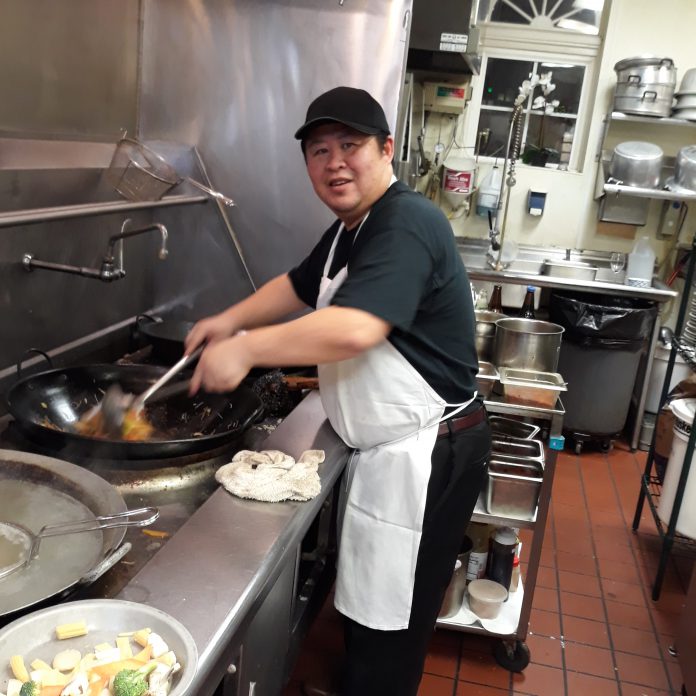 by Jerry Rothstein
Chong Ku is definitely an “older brother” (Phi Chay) in the restaurant business. After being displaced by war from Laos, his home country, his family spent a year in Thailand before coming to the US in 1976, first to Philadelphia. In 1979 his father died, and the family relocated to Michigan.
Since 1988 Chong has owned and operated five different restaurants, with Phi Chay Thai Cuisine, which opened late January, as his sixth food enterprise.
For the first, he partnered with his brother-in-law, offering Chinese food. The second, in 1990, was also Chinese, and he had learned to be a good chef of Chinese cuisine by then. That restaurant was sold, and his third effort — changing to Thai food just as it was becoming known and popular — was successful and led to the fourth effort, also Thai and also successful, which operated for ten years with Chong as sole owner.
During that decade, Chong finished his BA and an MBA while operating the business and developing his Thai cooking skill. He recalls, “In business school I could see the mistakes I had made with my first restaurants and was able to correct them.”
After moving to Minnesota in 2005, Chong operated King Thai on University Avenue, which became one of St. Paul’s most popular. That, too, was sold profitably, and he started to look for a new location.
As with many of the new businesses we have welcomed to the West End in the past several years, Chong recognized our growing neighborhood, with lots of activity, safety and supportive people.
He will bring us real Thai comfort food. Not “fancy,” but fresh and perfectly prepared, as you would find in Thailand. Chong is committed to creating a comfortable atmosphere, consistent food quality and the best customer service.
His curries, noodle dishes, soups and appetizers set the stage for his stir fry. He says, “Each chef has their unique approach to stir fry; spices they have come to appreciate, combinations they are happy with.”
Chong knows that he is carrying on a great tradition at 967, and wishes Supatra well as she begins a new phase of her life. He is determined to maintain the love of Thai food in our community.