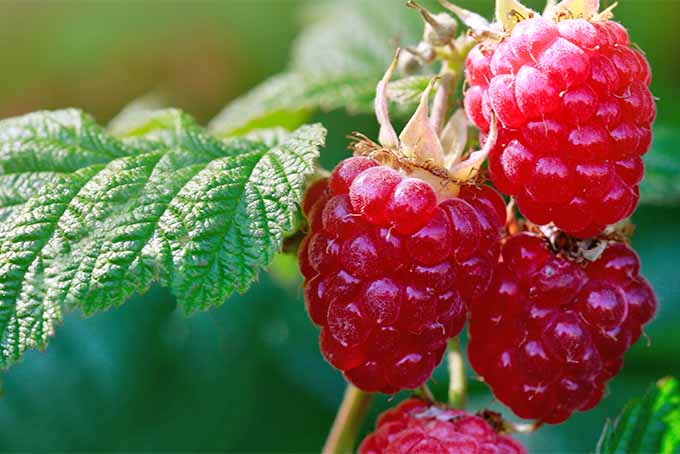 I love the brambling foods, which are so insistent, flirtatious, and charmingly disheveled. Not to mention so sharply delicious. We grow three varieties of raspberry: Caroline (an ever-bearing), Souris (a summer-bearing), and Royalty (a purple raspberry, and late summer-bearing), and this way we’re gifted with raspberries all season long.
We all know how to eat a raspberry out of hand, and this is one of the most pleasurable ways. But occasionally we want to put some up, add them to a beverage, or drop them into pancake batter. I’ll often turn to other food and recipe writers on my bookshelf, noticing what they may do with a bumper crop of raspberries. Today I turn to the late cookbook writer Edna Lewis.
A legendary southern cook, Edna Lewis was a contemporary of Julia Child and like Child, had a signature voice and cooking style. Her famous cookbook, The Taste of Country Cooking, reads like prose and puts the cooking of her place and time into historical context. This recipe is a longtime favorite of mine, especially since it doesn’t involve any cooking at all, and is spare and kind to this delicious fruit. Lewis wrote: “Raspberries grew wild along the streams and edges of the nearby woodland and they ripened later in the season than strawberries. The black raspberries were particularly good for preserving because they remained firm, so we could have them as a treat, served with cream, throughout the winter and on into the spring. We preserved them in what seemed to me a most intriguing way. We would mix the berries with equal amounts of sugar and place them in glass bottles. Then we would cork the necks with a piece of cotton and pour melted wax over the tops. We would keep the filled bottles in an opening in the ground under a board in the kitchen floor and bring them out on special occasions like hog-butchering day because the flavor was so exotic. I have never forgotten the taste of them.”
Kristin is a chef, meal planner, and Goosefoot Kitchen founder. She teaches, writes, and advocates for the good life in and around the kitchen and at the table.

Pick, Sort, Mash
Discriminate through 2 cups (about 1 pound) raspberries, removing any blemished berries, leaves, or miscellaneous bits. You’re looking for rather pristine berries since the preserving process in this recipe is spare. Add the berries to a mixing bowl, along with 2 cups of sugar. Mash the berries and sugar using a potato masher or fork until they are thoroughly combined, and the mix looks like coarse raspberry jam. (Do not use a blender for this step since it will pulverize some of the berries, which should remain intact.)
Jar
Scrape the mix into a clean jar (or jars, depending on the size) with a tight-fitting lid, and refrigerate for a few days before using. These preserved raspberries should keep for about six months in the fridge. Use them as you would raspberry preserves. How simple and sweet is this!