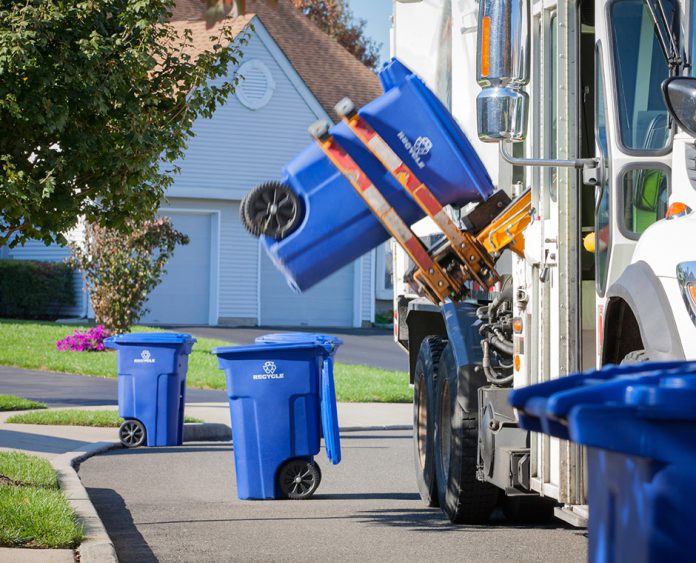 In a few weeks, St. Paul residents will head to the polls to decide whether to uphold our organized trash collection ordinance. While oceans of ink have already been spilled on this topic, I’d like to clear up four crucial misperceptions.
Misperception: Organized trash collection is unpopular. Fact: While opponents of our organized trash system often have the loudest voices, I have also been hearing from many St. Paulites who are happy with the new system. Many constituents appreciate the dramatic decrease in trucks rambling down their streets, and having their trash and recycling collected on the same day. Others tell me they’re happy with the lower bills they’re getting or the new services they receive, such as free bulky item pick-up and walk-up service for people with mobility challenges. Still others are new to St. Paul and not only is an organized system what they expect from a city, they are already clamoring for additional services, such as curbside composting, that are only possible with an organized approach.
Misperception: The City Council was not listening to the people when it voted to organize collection. Fact: Our organized trash system originated in the community and was designed over several years of robust community engagement. In 2015, the Macalester-Groveland Community Council report “Taking Out the Trash: An Investigation into Trash Collection in St. Paul” showed that St. Paul residents were looking for the benefits an organized collection system could provide. In 2016, upon request of the City Council, the Public Works Department gathered 147 written responses to a resident survey and 1,836 responses through the City’s online engagement portal, Open Saint Paul. Residents made phone calls and sent e-mails, letters and tweets. In July 2017, the City Council held a public hearing to receive additional public input before opening negotiations with the consortium of garbage haulers. We were listening and heard a majority support the change.
Misperception: A referendum is the only way to make changes to organized collection. Fact: Many of my colleagues and I are already interested in making changes to organized collection. We have heard from constituents about the need for multi-unit buildings to consolidate trash into fewer bins and finding ways to reward those who throw away very little. We met with the garbage haulers earlier this year to discuss these issues, but all those conversations were put on hold once the City’s collection program became subject to litigation. If St. Paul residents vote to keep our organized collection ordinance, we will pick up the conversation where we left off and I’m hopeful that changes can be made.
Misperception: If I’m fine with the new organized collection system, I don’t need to vote on it. Fact: The referendum will be decided by those who vote. If a majority of people support organized collection but don’t vote, the organized collection ordinance could be voted down. No matter how you feel about organized collection, it is critical that you make your voice heard on Election Day.