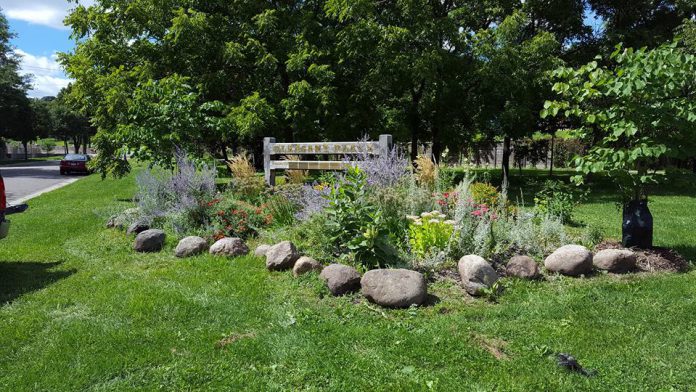 Twelve years ago a group of gardeners decided to put on a garden tour to do their part in building our immigrant working class neighborhood’s reputation — West Seventh or the West End, one of Minnesota’s first neighborhoods.

Historically the neighborhood is unique: it was founded as an extension of Fort Snelling and American control of Dakota lands. However the West End was not habitable: basically swamp and bog on a plateau with bluffs that restricted access to the Mississippi River — a vital necessary regional transportation link.

In the early 1800s it was initially referred to as the Gran Moraine (a glacial debris field), the Great Woods, and later Peasant Valley reflecting the humble origins of its first settler immigrants of mostly three European groups: Bavarians, Bohemians, and Swabians of Baden-Württemberg.

Early census records were historically interesting: Bavarians were German, Bohemians were Austrian, and Swabians were Prussian. This identification changed in census records about the time of World War I to better reflect their origins. Immigrants literally developed “cultural” communities in the West End, initially as legal squatters: they drained the swamps, built impressive commercial buildings along “Old Fort Road” or West Seventh Street, Randolph and Jefferson Avenues, and developed farms that served the emerging city-folk of downtown St. Paul. Working and rural class professions reflected their humble origins, but also emerged toward service industries within their communities.

Six years ago the garden tour committee decided to focus on one neighborhood each year within West Seventh to highlight individual neighborhoods and to make the “tour” more accessible and not so geographically broad. Four years ago we built on this concept and researched and wrote the histories. The new Digital Scavenger Hunt is intended to link the area’s historical richness with our present explorations.

We are challenging amateur historians to go on a digital scavenger hunt of historic sites in West Seventh Street neighborhoods.

Here are the rules:

If searching on Websites, use terms such as “Historic sites” “St. Paul,” “West Seventh.”

• Google or other search engines

If walking around our neighborhoods of Jefferson Avenue to Fort Snelling, between West Seventh Street and the Mississippi River, take photos!

•  From these two options, list FIVE historic sites that you find with a short description for each, and/or include a “thumbnail” image.

•  If under age 18, have a parent, guardian or teacher sign your entry.