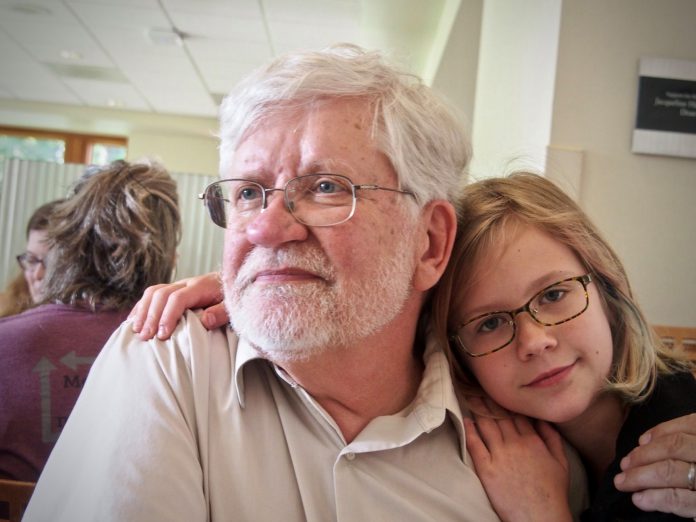 With the number of confirmed cases of COVID-19 soaring nationally, few communities have been spared the disease’s devastation. What first arrived in the form of disappointments like cancelled vacations, proms deferred and college experiences cut short, has more recently hit home in graver events — the shuttering of businesses, the loss of jobs and the passing of family and friends.

Although older people have suffered disproportionately — patients 65 years and older comprise 80 percent of the U.S. losses thus far, according to the Centers for Disease Control and Prevention — the effects of the viral pandemic are being felt across generations. For one West End family that recently lost its beloved patriarch, Pastor Craig Breimhorst, who founded the Christ Lutheran Church in the southern Minnesota town of Faribault, it has meant untimely lessons in grief.

Breimhorst’s granddaughter, Tilly, who lives in the West Seventh neighborhood, shared her experience of mourning on the New York Times’ The Daily podcast. Tilly, who is 12, described losing a grandfather who would take her on the roof to look for stars and surprise her in the school lunchroom, where he’d try to steal her chips and share stories about “going to Tanzania and all sorts of things.” She movingly expressed what it feels like to lose a person you love, comparing the sadness to “an ocean filled with nothing.”

In the 22-minute interview, Tilly described how the death of her grandfather has brought the surviving family members together in unforeseen ways. While they have often grieved alone, her parents trying in vain to shield her from their pain, they have at other times shared their emotions. Speaking about her grandfather with her father one day, Tilly saw that he had begun to weep. “Then I started crying,” she said, adding that she felt comforted by not being alone in her sense of loss

Finding more public venues for survivors to mourn together has been a particular challenge of this crisis, as the virus’ highly contagious nature has put gatherings on hold. Funeral homes have been closed statewide since Governor Walz suspended all non-essential businesses on March 25, and it remains unclear when funerals and wakes will again be safe.

In the meantime, the bereaved have found creative ways to remember those they loved. In Woodbury, neighbors mourning the passing of Emil Bartylla, 94, known as the “Mayor of Woodbury Heights” because of his frequent check-ins on neighbors during his walks, could not attend the 10-person funeral per social distancing guidelines; instead, they participated by holding signs paying tribute to Bartylla from their front yards as the funeral procession passed.

Increasingly, virtual funerals held over video conferencing apps such as Zoom — often by the same pastors, rabbis, and imams who lead traditional services — provide a space for survivors to remember those they loved. And while some bemoan the awkward, sometimes choppy nature of video conferences, they are also grateful to be able to celebrate the lives of their loved ones in some form. Raquel Counihan, who mourned her mother with hundreds from around the country on a Zoom funeral, told the Star-Tribune that the experience was comforting. “Once I started talking, it really felt like all these people were there with me in person supporting me,” Counihan said. “I got pretty emotional. It was surprisingly wonderful.”