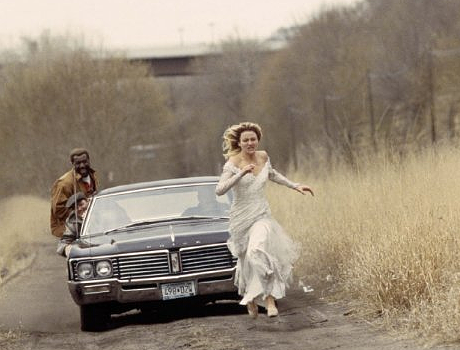 Celebrating 50 years: 1971-2021
Another look back: News from the 1990sEditor’s Note: In the last several issues of the Community Reporter, we’ve looked back at events that shaped St. Paul’s West End over the last 50 years. This is not purely an exercise in nostalgia. We’re still feeling the repercussions of decisions that were made and events that took place long in the past. Today we’ll look at some of the major stories that the Community Reporter covered in the 1990s. But don’t worry. we’ll enjoy a little nostalgia too.

By Paul Bard
1990 looks back at 1890
The Community Reporter began the new decade with a “Century in Review” souvenir edition of the paper. Editors looked back at the St. Paul city directory of 1890 and found that a century earlier the West End had been home to five breweries, two stockyards, three wagon factories, six dressmakers, seven blacksmiths and five cigar manufacturers—plus 28 grocery stores and 33 saloons. By the year 1990, we were down to only one brewery, eight grocery stores and 10 saloons. It’s nice to note, however, that in 2021 we’re back up to four breweries (Bad Weather, Waldmann, Clutch and Vine Park). No blacksmiths have returned as of yet. But there have been iron pours at the Schmidt Artist Lofts, so blacksmiths may not be far behind.


Riverview Corridor LRT planning begins
Yes, planning for the Riverview Corridor began back in the 1990s, with headlines in the Community Reporter of July 1999 reading “Will Light Rail Come to West Seventh?” and “Transit Options for West Seventh.” Calls for public input then were nearly identical to the calls we’re hearing today. Yet we appear not much closer to a final resolution. Will the powers that be still be seeking public input 20 years hence? Stay tuned.

Schmidt Brewery changes hands
In the early ‘90s, union workers at the Schmidt Brewery had a number of disputes with brewery owner G. Heileman & Co. of LaCrosse, Wisconsin. The brewery closed briefly in 1990. But before the year was out, a Community Reporter headline announced, “Investors to Revitalize Schmidt Plant.” In November 1991, a front-page story celebrated Minnesota Brewing Company taking over the brewery. Minnesota Brewing replaced the neon Schmidt sign with one that advertised its Landmark brand and the first kegs of Landmark beer rolled out of the plant in January, 1992.

Houses saved and lost, new houses built
The Fort Road Federation took the lead on a number of rehabilitation projects to save homes in the neighborhood from demolition. The Community Reporter spotlighted rehab projects at 295 Sturgis St. and 405 Goodrich Ave. in 1990, and at 365 Michigan St. in 1993. The July, 1996 issue featured homes that were being rehabbed at 404 Daly St. and 785 Armstrong Ave.
Sadly, there were also significant losses to the neighborhood’s architectural legacy. The Mannheimer House at 270 West 7th. was a grand, three-story brick mansion with a mansard roof similar to the nearby Ramsey House. The Mannheimer House was demolished for a parking lot in 1999. Other houses lost over the decade included an 1871 house on Dousman St. in 1991 and a pre-Civil War house at 463 Osceola St. in 1993.
New housing construction in the ‘90s included townhouses for the “Brewery Breakthrough” development between Duke and Colborne streets, south of Jefferson Avenue. The “Superior Street Cottages” were built on the former site of Holm & Olson Florists at the intersection of Erie and Superior streets.

Tank farms make way for housing and green space
The Texaco/Mobil/Koch tank farm dominated the landscape between West 7th and Shepard Road near Otto Avenue for decades. They symbolized the industrial nature of the riverfront in St. Paul. The tops of those enormous cylindrical tanks could be seen as motorists made the turn from West 7th onto 35 E and the Lexington Bridge. The tanks were demolished in 1994 and planning for reuse of the land began at the same time, as did planning for the rerouting and rebuilding of Shepard Road. The first proposals for housing at the tank farm site were discussed in the Community Reporter in Nov. 1996.

Hollywood visits the West End
A Hollywood production company visited in 1995, bringing stars Keanu Reeves and Dan Aykroyd, among many others to the neighborhood. The headline “Feeling Minnesota Is Being Filmed in Uppertown” appeared on the front page of the Community Reporter in May 1995. Shooting took place along the railroad tracks below Irvine Park, and at a house on Goodrich Ave and Leech St.
Neighborhood historian Jim Sazevich recalled meeting the stars during a recent architectural tour. He reported, happily, that Keanu Reeves lived up to his reputation as one of the nicest people in Hollywood and Dan Aykroyd proved to be every bit the inspired comic that we know from his years on Saturday Night Live. Movie critic Leonard Maltin gives Feeling Minnesota only two stars. But that doesn’t diminish the fun of seeing familiar streets in the background of a major film.

Looking back and looking ahead
It’s impossible to summarize the events of 10 years (and 120 issues of Community Reporter) in only a few paragraphs. But we hope that looking back provides a helpful perspective as we look ahead to the 2020s and beyond. One thing is certain. Community involvement by the Fort Road Federation and other local community groups really does matter. And we hope that the Community Reporter has played a useful role in getting the word out.

Paul Bard is a lifelong St. Paulite. He has served on the board of the Community Reporter since 2017.