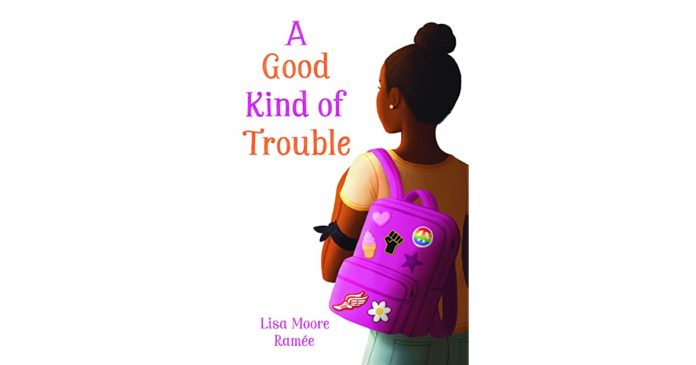 BEA’S BOOKS
A Good  Kind of Trouble (4 out of 5 stars) A Good Kind of Trouble by Lisa Moore Ramee
Shayla Willows is starting seventh grade, and there are lots of new changes. For example, her best friends Isabella and Julia–their trio isbetter known as the United Nations–begin the year just as close as they were in elementary school. But things now aren’t going to plan, and Julia is now sitting with the popular girls at lunch, not with Isabella and Shayla. Shayla is hurt by Julia’s actions, and things begin to get bumpy with the United Nations. Soon, when a Black man is shot by a white police officer, Shayla starts to deeply think about racism. she wants to do something about the injustice she sees and feels.
Shayla then has an idea, an idea that is a Good Kind of Trouble. This is an ‘itchy hands’ idea (Shayla’s hands itch around trouble). Navigating through a disastrous dance, difficult lab partners, a strained friendship and the difficulties of the world (and middle school!), Shayla learns quite a few lessons, proving that mistakes sometimes are the greatest teachers. This book is recommended for ages 11-12.