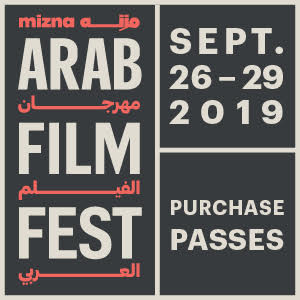 Mizna is an organization devoted to promoting Arab-American culture and providing forums for its expression. Its journal “Mizna: Prose, Poetry and Art Exploring Arab America” is published twice yearly, and the annual Twin Cities Arab Film Festival has opened the world of Arab filmmaking to our community.
From Sept. 26-29 the festival screens at Film Society’s, St. Anthony Main Theatre, 115 SE Main St., Mpls.
Supporters who purchase all-access passes to the 2019 TCAFF will receive a one-year subscription to the journal.
Featured films this year: “Erased, Ascent of the Invisible” from Lebanon uses documentary footage, animation, and performance to ruminate on the thousands of people who disappeared during the Lebanese Civil War. Four Sudanese Film Group Shorts Segment from the founders of the Sudanese Film Group.  Western Arabs| Denmark / Netherlands. Filmmaker Omar Shargawi wants to understand his father Munir better. Although Omar’s Palestinian father has lived in Copenhagen for a long time and is married to a Danish woman, he has not really settled in this society. Shot over a period of twelve years, the film examines both Omar’s fraught relationship with his father and the father’s influence on his son’s identity.