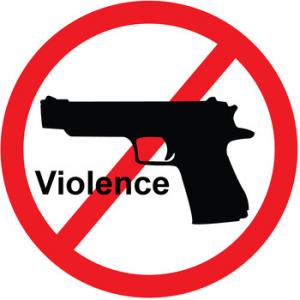 When Thoughts and Prayers are Not Enough
by Jonathan Dickman, MD
T “May our thoughts and prayers be with the [insert name here] family.”
“We will now have a moment of silence for the [insert location here] tragedy.”
When hearing these phrases, people often think that these are what someone who cares would say to us. Unfortunately, the above words have been used by politicians trying to avoid meaningful action on preventing gun violence. These continued expressions of compassion are how many politicians try to avoid losing campaign donations from gun lobbyists. Children continue to be shot and murdered in schools, people are killed in places of worship and movie theaters, and in response, politicians send their thoughts and prayers. Today you should tell them that thoughts and prayers are not enough.
How bad is gun violence in the United States? According to the Gun Violence Archive, in less than six months in 2022 over 20,000 people have died by a firearm. That is over 120 deaths per day or over five people every hour. Even worse is that there is more than one mass shooting every day in the United States (defined as at least 4 people being shot in one incident). Countless more people are traumatized by gun violence as important family members and friends are suddenly lost in a matter of seconds. As physicians, we see these people in the clinic and do our best to support every individual, but nothing can bring back a person that was lost needlessly. Just the other day I listened to a patient describes the trauma of losing his best friend to gun violence and how he turned to alcohol to cope. Gun violence resulted not only in the loss of life of his friend, but also resulted in my patient’s life spiraling out of control as he developed an alcohol use problem.
Most people would agree that each person’s life should be considered priceless. Every person deserves the chance to live a full life. Some politicians, however, do not agree. They have determined that the value of a life has a price. In 2021, gun lobbyists spent just under $15.8 million trying to prevent change in gun laws, data compiled by Open Secrets showed. That sounds like a lot of money, but when you look closer and learn that more than 45,000 people died in the United States from gun-related incidents you come up with a sickening number: Gun lobbying groups only need to spend $350 per life lost from gun violence. This is how much some politicians feel they need to be paid to halt meaningful action on gun violence prevention. Those politicians do not think you are priceless like we do.
So what should we demand? There certainly are “common-sense gun laws,” including mandatory background checks at all points of sale, not just licensed dealers, and assault weapons ban that we can, and should, ask for right now. In addition, however, we need an investigation into what works when it comes to gun violence prevention laws. In addition to funding politicians, gun lobbying groups have historically discouraged and suppressed funding for gun violence prevention research. For decades, more money was spent each year by gun lobbyists trying to prevent change than was spent on research for gun violence prevention, according to a report by Nature.com. More funding was allocated to research starting in 2019, but more money is needed to make up for over 20 years of lost time. With gun-related deaths rising, we need a bigger and more deliberate push for high-quality research to determine what actually works to prevent gun-related deaths.
Politicians are currently scrambling to figure out the minimum laws they need to pass to appease the concern many voters have around rising gun violence in the United States. Because of the gun lobby’s influence over some politicians, whatever is agreed upon is highly unlikely to make a sufficient impact on gun violence prevention given the crisis at hand. Even if some legislation is passed in the coming weeks, we should not be satisfied until common-sense gun laws are passed and significant funding is allocated for research into what makes an effective gun violence prevention law. Check online under “Who represents me” (gis.lcc.mn.gov/iMaps/districts/) to contact the politician who represents you to let them know how important gun violence prevention is for you. Tell them what you learned from this article in addition to your own experience. Let them know that your life is worth more than $350. Your life is priceless.
Jonathan Dickman, MD is a family medicine doctor at Allina Health United Family Physicians, 233 Grand Ave, Saint Paul, MN 55102. 651-241-5200.