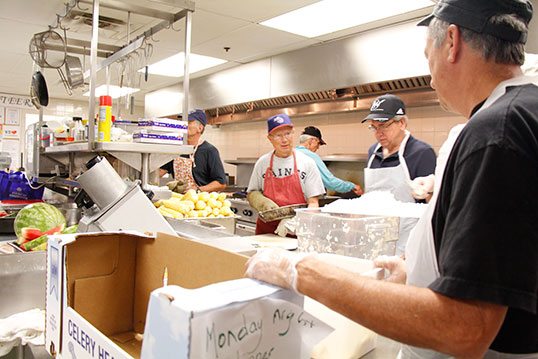 When “vaping” or e-cigarettes were first introduced, there was initial excitement as people were hoping that this would be a safer alternative to smoking. People started to make the switch from cigarettes to e-cigarettes and there were reports of people feeling better and breathing easier which added to the perception that this was the better option for people. As we gather more information, however, we have learned that vaping is not as safe as we thought.

One problem is that teens, who were not otherwise smoking, started using e-cigarettes. Some people may remember a day when there was Joe Camel and ads on television and in magazines that aimed at youth and resulted in many teens picking up cigarettes. As the health effects of smoking became known, there were significant public health efforts to ban such youth-oriented advertising. This worked, and the rates of teen smoking decreased. E-cigarettes then came on the market and introduced flavors that targeted youth and the rates of nicotine use significantly increased in teens. Now nicotine is again being used at higher rates in teens, which has significant health implications. Some e-cigarette companies are now pulling flavors off the market and some states are banning them. The damage, however, has already been done as many American youth are now hooked on nicotine and need help to quit.

Another problem is that we now know that e-cigarettes can cause significant health effects. In addition to contributing to the development of chronic disease, people can have a serious complication called vaping induced lung injury. There have already been more than 2,100 reports of this severe lung injury that has resulted in many hospitalizations and 42 deaths. The addition of vitamin E extract has been implicated, but the exact cause is still being investigated. In addition, the health effects of inhaling any of the ingredients when vaping have not been tested and there is minimal regulation to ensure the purity and content of these solutions. Some people have argued that most listed ingredients in vaping solutions are harmless when swallowed, but this does not make them safe to inhale. Most foods and liquid that we eat and drink would be dangerous if inhaled directly in the lungs and recent reports of lung injury would suggest that vaping should not be considered safe to inhale either.

The final concern about e-cigarettes is that people have been using these vaping devices to inhale marijuana extract (or THC) products. Sometimes a concentrated THC solution is placed directly on the heated coil (called “dabbing”) to deliver a higher amount of THC. This has resulted in more widespread use of THC and, similar to other vaping products, you cannot be completely confident that you know what is in the THC solution as it is not a regulated substance. These THC solutions should not be considered safe they have been the solutions most associated with severe lung injury and death.

So, what to do? Similar to smoking, vaping should be considered detrimental to a person’s health. For those who have had a hard time quitting nicotine, safer alternatives to help people quit are available and include nicotine replacement with patches, gum, lozenges or inhalers. Alternatively, there are also medications that can decrease cravings for nicotine. To learn more, you can schedule to see a provider at United Family Medicine (call 651-241-1000) or you can also call a free tobacco quit line (1-800-QUIT-NOW).