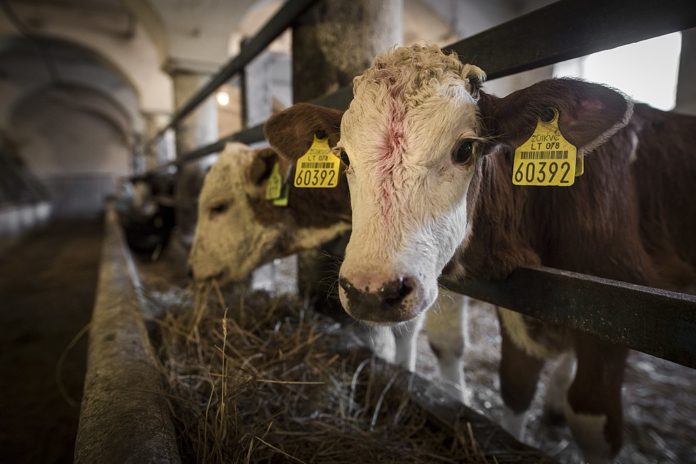 by Tim Rumsey
Dr. Ravi said we needed an eyeball. A big one—softball big—to dissect with our family practice residents.

Thomas had been coming to our clinic as a patient for 18 years. He worked the “Kill Floor” at Dakota Premium in South St. Paul. A slaughterhouse. He “dressed out” (dissected) hundreds of Holstein skulls for head cheese and head meat as they came down the butchering line after being guillotined.

One eye was no problem.

Thomas left it bagged on ice in a brown paper bag at the clinic front desk. It was marked, “Dr. Ravi B. (1) Eyeball.”

Thomas’ forebearers had been enslaved in Louisiana and eventually migrated North. He was born and schooled in the South Side of Chicago. An outstanding basketballer, he led his varsity high school team to many wins and almost made all-state twice. He played against NBA legend Isaiah Thomas.

At 17, Thomas left school for a job too good to pass up. The Illinois Central Railroad. Track repair. Fitting boxcar wheels. It was good money, good health insurance.

By 2005, Thomas and his wife, Janice, landed in West Seventh. Lived by the High Bridge. He worked meat packing and lived by Schmidt Brewery. Worked Tanning and Rendering. Then worked bottling.

He and Janice played 1-on-1 buckets at Palace Playground. I asked how good Janice was.

Thomas said she was a good sport.

Thomas took meticulous care of his health. “Whenever something was wrong,” he told Ravi, “I got it checked out.”

He had asthma as a kid, some pneumonias and TB. But things started going “haywire,” he said, when he was 48. Diabetes, blood pressure, cholesterol. The colon cancer was 2004. Colon surgery 2006. Prostate cancer 2010. Eventually, he had 23 medical problems, 4 more surgeries, including emergency brain aneurysm repair.

Thomas has had all his vaccinations. All his screenings, all his procedures. He takes 14 prescription meds a day, having recently dropped three of them with careful weight management.

In her book, Medical Apartheid, medical ethicist Harriet A. Washington documents a litany of troubling health metrics:
• African Americans suffer the US’ highest rate of cancer and cancer deaths
• The Black diabetes rate is probably twice that of whites
• Cancer is diagnosed later and is more deadly in Black patients than their white counterparts.
• Black men have the nation’s highest rates of developing and dying of prostate and lung cancers.

Kaiser Health Group, one of the largest US medical networks, observed in its research that Black Americans are still receiving vaccinations at dramatically lower rates than white Americans.

I asked Thomas how he managed his health care so effectively.

“Good jobs with good health insurance, and a trusted clinic I could walk to.”

I caught Thomas in the clinic hallway pre-pandemic, before the 2019 State Fair. He said he was going. Labor Day.

“We went earlier. I always go alone on Labor Day.”

“It’s all good,” he said. “But I save the last half of the day for the livestock barn. It relaxes me. The cattle are so beautiful. I just like to look at them.”