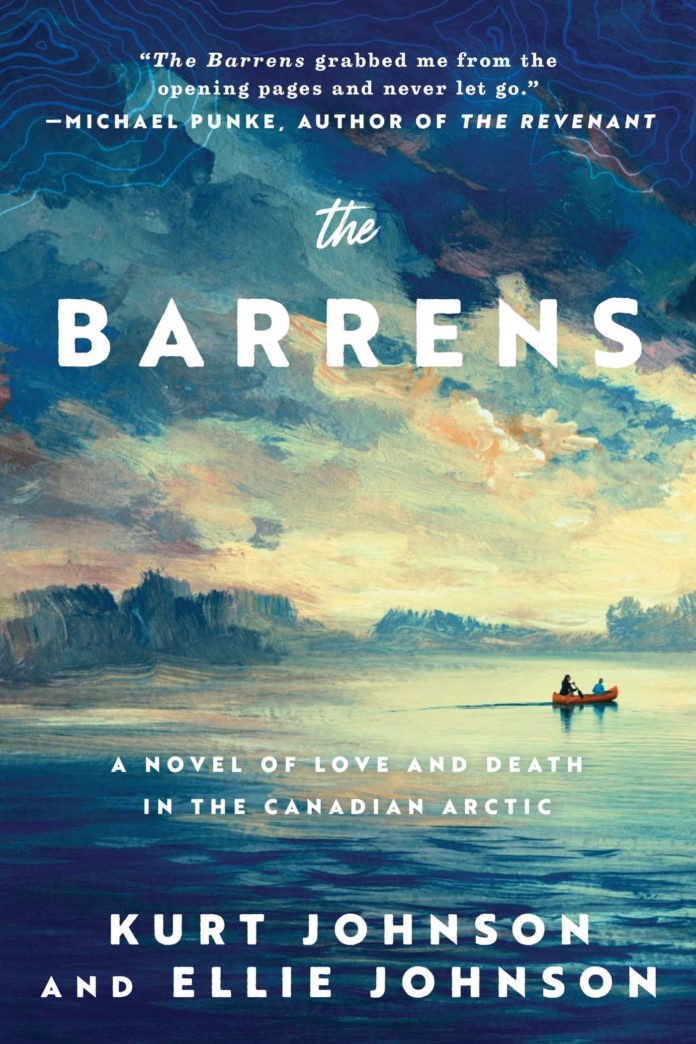 By Tim Rumsey, MD
The Barrens, “a novel of love and death in the Canadian arctic” is the writing debut of father–daughter, co-authors Kurt and Elle Johnson. And what a debut.
The Twin Cities’ first-time novelists are experienced canoe trippers. And daughter, Elle, survived a harrowing adventure that anchors the book. A 450-mile, 30-day trip down the remote Tundra and Barrens land of the Thelon River in Canada’s Arctic Circle. Kurt did the writing. Elle gave insight and guidance based on her own adventuring and real-life experiences coming of age as a lesbian woman.
The Barrens is equal parts beauty, poignancy, and danger. The writing is at once powerful, intimate, and efficient. The story sails along like a canoe in white water rapids. The chapters are short. Some are only two or three pages long.
The book’s trip is taken by two Brown University women, Holly and Lee, who are exploring the wilds and exploring their own budding relationship.
They are different people but drawn to each other. Lee describes herself in high school as “almost popular.” I was the girl who sold weed. She adds that “I was more comfortable with chickens and goats than people.”
Holly was more of a girly girl, but yet the more experienced camper-voyager.  Upper class, but never showed it to Lee’s rough and tumble.
The Barrens were home to long ago native Inuits. Caribou, musk oxen, white wolves, and grizzly bears were still close at hand. Lee saw “a herd of Caribou, maybe 50 or more, grazing in a meadow of shrubs and lichens.”  She kept “unscented” and saw a majestic antlered male and just-born calves with their mothers, one of whom sniffed Holly’s down jacket as they passed by.
The storytelling is clever and welcoming. Complex lives are both woven and unpeeled–Lee and her “eco-terrorist” dad, Jack, Holly, and her parents. And of course, Holly and Lee.