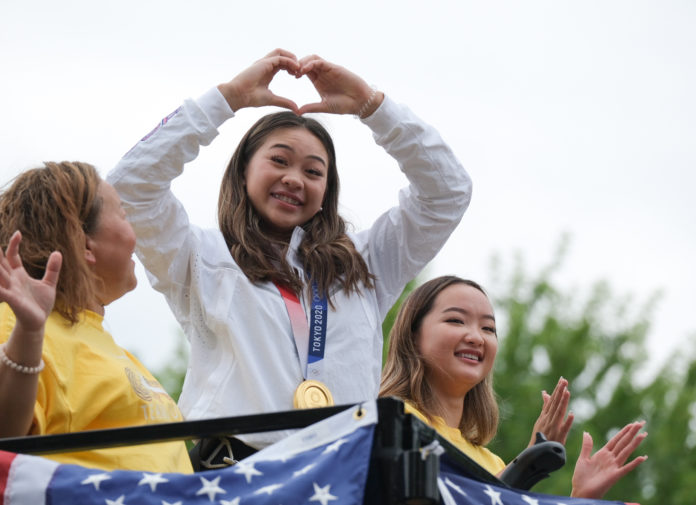 Anyone near White Bear Avenue in St. Paul’s East Side could feel a weighty buzz in the air as a recent Olympic all-around gymnastics gold medalist Sunisa Lee made her way down the street atop a firetruck amid a parade held in her honor Aug. 8. People of all ages were giddy with anticipation. Those who crafted signs addressed to the champion competed for parade route real estate in hopes that Lee might read their messages. The thousands gathered then followed Lee to a stage set up at Aldrich Arena, where several performers and speakers showcased their talents. Lee’s Hmong-American roots were a made a focal point of the athlete’s triumphs in Tokyo as the crowd cheered for each successive act. Following remarks from her family, Lee then gave a brief and heartfelt address to the crowd.