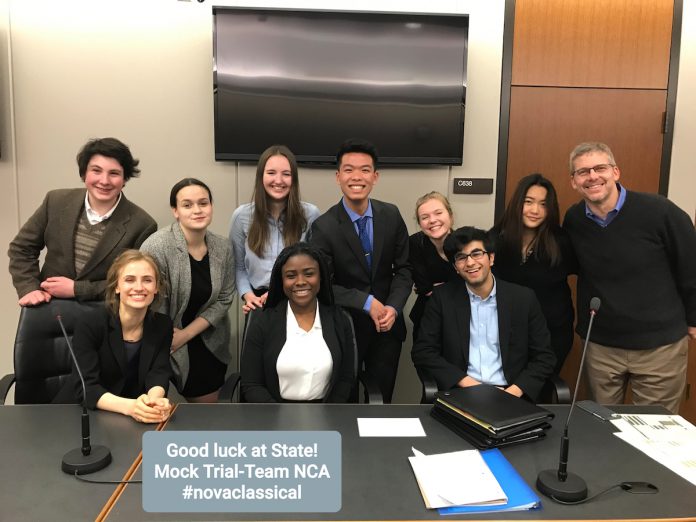 Richard Lin, a senior at Nova Classical Academy, has been named a candidate and invited to apply for the prestigious honor of becoming a Presidential Scholar. This means that he is one of 4,000 students nationally, and 50 in Minnesota, who have already been recognized for their achievements.
The next steps involve Richard completing an application to expand on his work in the areas the program values most: leadership; community service; scholarship; visual, creative and performing arts; and technical fields. His strengths are in scholarship (perfect ACT scores) and one of five Nova finalists for a National Merit Scholarship; leadership; and community service. After the next round, 500 will remain to compete for 160 Presidential Scholar positions.
Richard grew up in Monticello and came to the Twin Cities to start ninth grade at Nova, living with his older sister who was just starting at the U of M. She’ll be graduating this year too, planning to go on to study dentistry.
Richard’s four years at Nova have seen him grow into a hardworking, dedicated and confident student. He has captained both the soccer team and Mock Trial, which is now competing for the State title. He volunteers in several community programs as well.
Looking to study computer engineering with a minor in business and to become fluent in Chinese, he favors Georgia Tech, and is also considering Berkeley and Carnegie-Mellon.