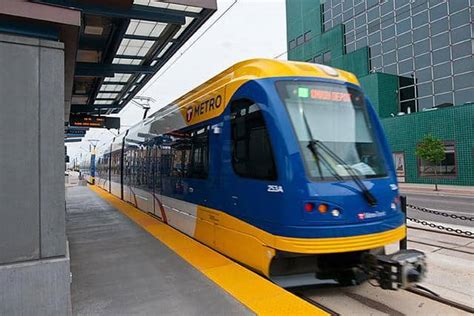 Letter to the Editor
[Editor’s Note: Public Safety is the St. Paul Area Chamber of Commerce’s advocacy priority this year, and they have invited St. Paul businesses to share their experiences, concerns, and ideas. This response from Brennan Malanaphy, managing partner of the Banfil Office Court and West 7th Business Association board member, has been shared with the Community Reporter for publication.]
I am managing partner of an office complex at 555, 557 and 561 West 7th doing business as Banfil Office Court. We have owned and operated the three-building office campus since December, 1999, providing office space to roughly 20 small businesses offering a variety of professional services.
Over the years we have had numerous crimes occur on our property: four break-ins, all with much more loss from damage than theft, and a few “smash and grabs” of purses from cars in our parking lot or along West 7th. Additionally, some tagging of surfaces. These events are not altogether surprising, given our proximity to the street, the composition of our neighborhood, the rising crime in urban settings generally and our long tenure at the location. The recent escalation in gunfire and shootings are more troublesome. These are complex and nuanced problems, and the solutions will doubtless be multifaceted, investment dependent and protracted.
What is of greater concern, is the avoidable degradation of public safety downtown and along West 7th, and squandering of billions of public dollars, as a consequence of the proposed alignment of the Riverview Corridor LRT project described as a “Modern Streetcar” on West 7th.
While Ramsey County leadership cites improving safety is a principle aim of the LRT project, for many reasons it is difficult to conceive how that would be achieved.
1.  West 7th lacks adequate width to safely accommodate LRT in whatever form, in addition to the many other forms of pedestrian, bicycle and motorized traffic that rely on daily use of this roadway.
2. The neighborhoods and industrial areas adjacent to West 7th are tightly geographically bound by river bluffs and I-35E, greatly limiting alternative routes for the traffic LRT vehicles would compete with.
3. Many narrow east-west and north-south angled crossings already intersect West 7th, exacerbating safety issues for every mode of traffic and constricting access for certain types of essential vehicles.
4. A “rail-bound” LRT running and stopping in mixed traffic at curbs that are proposed to extend out to the traffic lanes, will pose an impediment to all vehicles including safe and timely operation of fire, ambulance, law enforcement and snow and street maintenance vehicles on this already space-challenged street. Delivery service to the many thriving businesses on West 7th will be severely impaired by LRT vehicles, forcing delivery vehicles into the narrow side streets, reducing safety in those zones.
5. The reduction in stops and alternative bus transit means longer distances and more crossings on foot for pedestrians and cyclists, which are increasing in number with the rising costs of automobile ownership.
6. The expenditure of $2 billion to 3 billion dollars on LRT infrastructure and annual operating losses will come at the exclusion of other more cost-effective and urgent infrastructure, for example Bus Rapid Transit lines, law enforcement, education, libraries, stop lights, etc., that improve safety in the near and long term.
7. City law enforcement has long recognized that increased crime is associated with LRT ridership.
Compare the recent action by Sound Transit, the operator of the Seattle area’s expanding light rail network, to ban all future network extensions from running on, next to or within medians of city streets or arterials. This, after nine years’ experience with the system’s “most dangerous line,” a four-mile stretch of the Central Link line between downtown Seattle and SeaTac Airport running down the surface median of MLK Way, a four-lane arterial serving the diverse South Seattle community.
The lessons here for the Riverview Corridor “Modern Streetcar,” are obvious — and the consequences probably more dire for West 7th vehicular and pedestrian traffic if the line is indeed operated in traffic. That’s because West 7th cuts through the West End residential street grid at a sharper angle than the Seattle line and will have the rail transit operation running in mixed traffic rather than over a 20 foot-wide wide median. A formula for transportation chaos.
With the complex challenges we already face, it would seem senseless to compound our woes by saddling ourselves with LRT that would degrade both public safety and transit in downtown and along West 7th for the next 50 years.
– Brennan Malanaphy