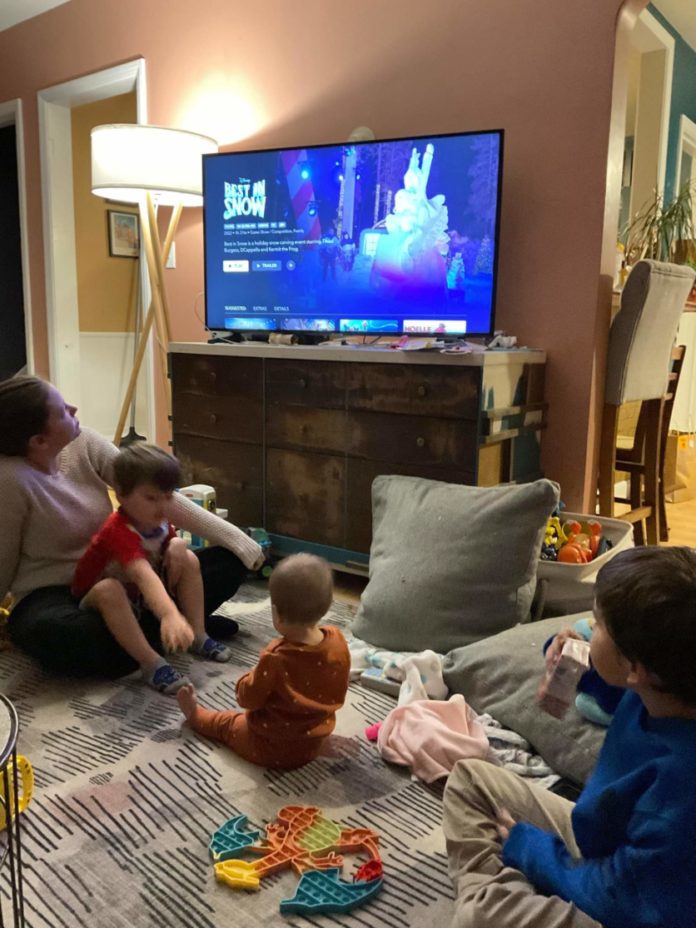 Heather Friedli, who operates the Friedli Gallery and Studio, 943 West 7th, has brought her talents to Disney+’s Best in Snow, a snow sculpting competition reality show. Friedli, who has had success competing at at international level, was among the experts enlisted to help guide the show’s contestants as they battle for snow sculpting supremacy. Friedli will continue her busy streak on the competition circuit. She, along with her Team Kwe, will be competing at the Minnesota State Snow Sculpting Competition in January. Next, the team will be competing at nationals in Lake Geneva, Wisconsin, in early February. Shown, the family of Justin Ek queues up Best in Snow.