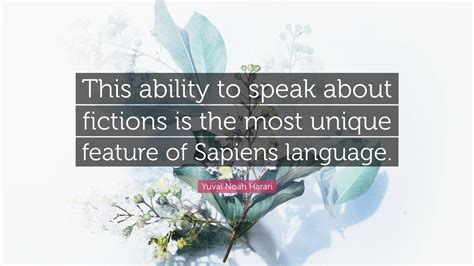 … life is the gold and sweetness of wheat,

In 2016, when the votes were counted and Hillary won the popular vote by more than three million votes, Trump won the electoral college and became our 45th president. I bowed my head and prayed. I prayed there was something I had yet to learn about the man who mocked a disabled individual. I prayed he had a heart for empathy and compassion I had yet to see. I prayed he was, in spite of evidence to the contrary, a student of history. I prayed he would listen to those who knew more than he about leadership, international affairs, justice and freedom. When I wrote in my column that I was sending him “all best wishes for strength, wisdom and recognition of the power you hold to make our world a better place for all who reside here, now and in the future,” I meant it, though some of my readers might have scoffed at my naivete.

And now, four years later, with hundreds of thousands of lives lost, so much damage done and bridges burned, I struggle to rise to a level of hope. As I write it is twenty days until the election. Millions across the country have already voted. There is no reason for me to expect a fair, just, knowledgeable and competent leader will guide our future. But there is every reason to continue to put one foot in front of the other and behave as if my vote matters. Being the change I wish to see in the world requires me to behave in light of my belief that Black lives matter, the survival of our planet matters, a plan for healing from the disaster that is COVID19 matters, leadership to prevent the next pandemic matters, LGBTQ lives, equal rights for women and reproductive rights matter. What would it mean, I wondered, for us to all act as if health care were a human right, and equal education for all, fair housing and freedom from hunger mattered?

Though this president’s slash-and-burn reign of hate and ridicule are entirely unprecedented in our nation’s history, there is perspective to be gained by looking further backward in human history and realizing how the gains we have made toward greater health, longevity, leisure, comfort, wealth and security set our expectation that these benefits could be realized by all, not just a privileged few. In his 2014 book, Sapiens, Yuval Noah Harari briefly gives a history of humankind centered on an illuminating question. “[I]s the modern era one of mindless slaughter, war and oppression, typified by the trenches of World War I, the nuclear mushroom cloud over Hiroshima and the gory manias of Hitler and Stalin? Or is it an era of peace, epitomized by the trenches never dug in South America, the mushroom clouds that never appeared over Moscow and New York, and the serene visages of Mahatma Gandhi and Martin Luther King?”

“The answer,” he says, “is a matter of timing. It is sobering to realize how often our view of the past is distorted by events of the last few years.” Harari, writing two years before Trump’s election, imagines he would be offering a gloomier view if he wrote in 1945 or 1962, and implies his view of the world in 2014 led him to a “relatively buoyant approach to modern history.”

“To satisfy both optimists and pessimists, we may conclude by saying that we are on the threshold of both heaven and hell, moving nervously between the gateway of the one and the anteroom of the other. History has still not decided where we will end up, and a string of coincidences might yet send us rolling in either direction.”

As hope for our future, Senator Kamala Harris recently offered a story of her mother at a campaign stop.

“My mother… was completely focused on knowing that we can make advances and we must be unburdened by what has been. She understood the power of an individual to be focused on knowing there can be solutions and doing that without any burden; without feeling any weight of thinking that we must blindly adhere to tradition and accept things the way they are. This is the work of knowing that we as individuals can make a difference and then working toward that difference, knowing what can be, unburdened by what has been.”