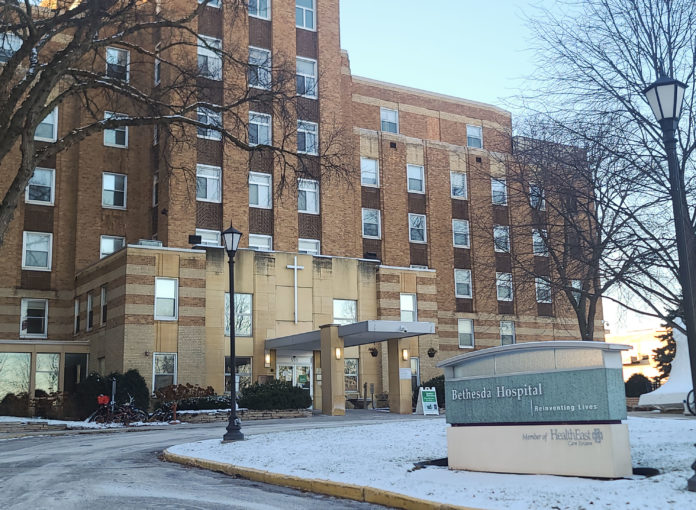 By Casey Ek
Fairview Health Services has targeted the former site of Bethesda Hospital at 559 Capitol Blvd, St. Paul, as a perspective home of a future inpatient mental health hospital. The site is currently being used as an emergency homeless shelter operated by Ramsey County, which will end operations at the end of its lease in May 2022.
Fairview representatives say the hospital will operate 120 inpatient beds for mental health and substance abuse patients and will be built to accommodate 24 more beds in the future, depending on need.
The hospital is slated to replace and expand upon services provided at the St. Joseph’s Hospital in downtown St. Paul.
The proposed facility comes with a $50 million projected price tag. To clear that financial hurdle, Fairview has partnered with Acadia Healthcare, a publicly traded company that is the largest single provider of behavior healthcare in the U.S.
“As the largest provider of mental health and addiction care in the region, we have a responsibility to innovate across the continuum of mental health and addiction care,” said James Hereford, president and CEO of Fairview Health Services per a release.
Sue Abderholden, executive director of National Alliance on Mental Illness- Minnesota, told multiple news outlets she is concerned that plans for the new facility would not include an emergency department or other medical services.
Fairview has reportedly notified the Minnesota Department of Health, which licenses hospital beds, of its plans last November. The plan must also gain legislative approval. If approved, the project is expected to take 12-18 months to complete.