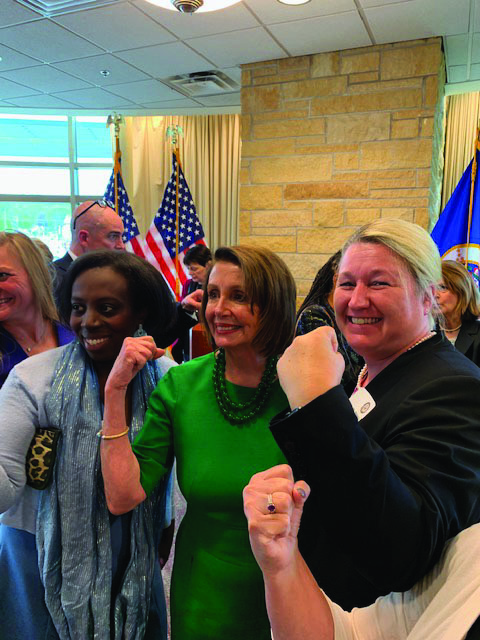 by Jerry Rothstein
Administrative Director
There is a storm brewing at one of the West End’s most important organizations, United Family Medicine, as revealed in the community letter published in this issue.
UFM has been a “learning organization” since it formed its Family Practice Residency Program in 1993 as an evolution of several community health clinics working with United Hospital, itself the amalgamation of several former community hospitals.
Learning organizations, as conceived by Peter Senge and his colleagues (see The Fifth Discipline, 1990), work toward a common goal through a continuous process of thinking holistically, supporting individual development and mastery of a field, learning as a team and sharing and enhancing the vision and purpose that first brought them together.
Those efforts at UFM created our superb health center, and showed year after year its intention to grow into areas where changing needs for care emerged more clearly because people were open to see them. In nutrition, smoking cessation, diabetes management, obstetrics, geriatrics, mental health, support for chemical dependencies and dentistry, UFM worked on the elements that could truly comprise care for the whole person.
The Residency Program for family practice physicians attended to both national; and local needs. Our country has a continuing shortage of family practice physicians (estimated to be 25,000 to 50,000 by the year 2032) willing and devoted to providing care in poor and underserved populations and in rural areas. The UFM three-year program has become known for both its quality of learning and for the opportunity its Residents have had to make a difference outside the examination room, in their wider community.
The UFM mission — To Serve and To Teach — captures much more than the education of Family Practice Residents because it is through the Residency that UFM has been able to connect with and teach the community itself. Residents developed and carried out such powerful programs as The Ladder, Healthy West Seventh and We Are West Seventh, welcoming members of the community to be involved, even leaders, of activities that are themselves bringers of health.
Service and Teaching can be seen as the heart and soul of UFM. The community is grieving the imminent loss of UFM’s soul.
Service and Teaching can be seen as the heart and soul of UFM. The community is grieving the imminent loss of its unified center, but hoping that the new UFM Residency Program and Clinic, emerging with the support of Allina Health, will restore that unity and continue to serve the health needs of the community.