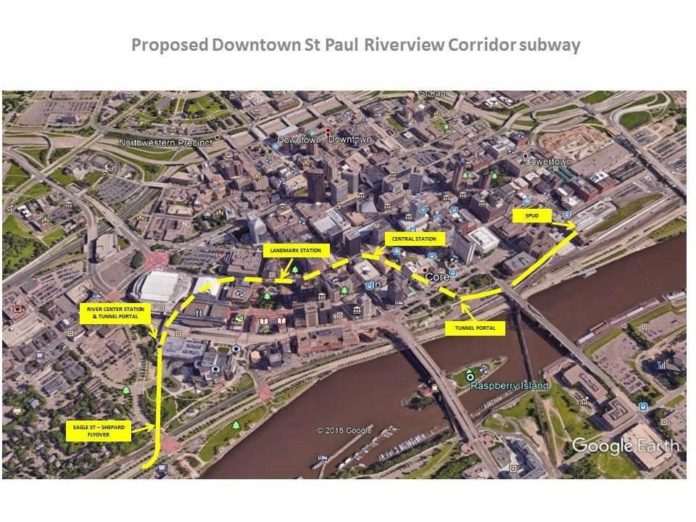 Letter to the Editor
By James Schoettler, Citizen Advocates for Regional Transit (C-A-R-T.org)

Kent Petterson made a number of good points in the December issue of the Community Reporter. In particular, he cited the need for both local and regional transit service in the Riverview Corridor. He recognized that these two service needs require different forms of transit; and the first order of business is for the implementation of local bus service with ten-minute frequency and stops appropriately located up and down West 7th Street. With suitable refinements of bus stops and streetscape, this bus service would go a long way toward connecting Corridor residents with all the businesses and services up and down Seventh, improving business and enhancing neighborhood life.

The importance of two modes of public transit cannot be overstated. As noted in our first Community Reporter article last July, for nearly two hundred years, the Corridor has also been a vital regional artery, today connecting our international airport, the Mall of America and the eastern third of the metro area. We outlined a regional transit alternative for Light Rail Transit (LRT) (rb.gy/egc1c6) that avoids West Seventh completely, while providing the same level of regional service as the Blue Line or Green Line LRT. The West 7th bus would safely connect with the LRT at each of the LRT stations that are near but not on West 7th. The West 7th community would have the best of both.

The fundamental error of Ramsey County’s Locally Preferred Alternative (LPA) is to try to combine both local and regional transit service into one, with its so-called “modern streetcar.” In so doing, it compounds the drawbacks inherent in either approach. It would mean no improvement in service for 10-15 years and, if it is in fact built, a permanent bottleneck for east metro riders for generations.

Ramsey County has recently restarted the Policy Advisory Committee (PAC) that supervises the LPA. They are intent on pounding through their $2 billion folly unless and until it is deemed infeasible. But the notion of combining local and regional transit in one vehicle, running in traffic, is as infeasible as ideas come. With the new PAC having the goal of pushing through this folly, it is vitally important that community members make their voices heard and demand that our leaders abandon their quixotic fantasies in favor of practical solutions: frequent bus service on West 7th now and a new approach to a regional transit connection between Downtown St. Paul and the Airport.