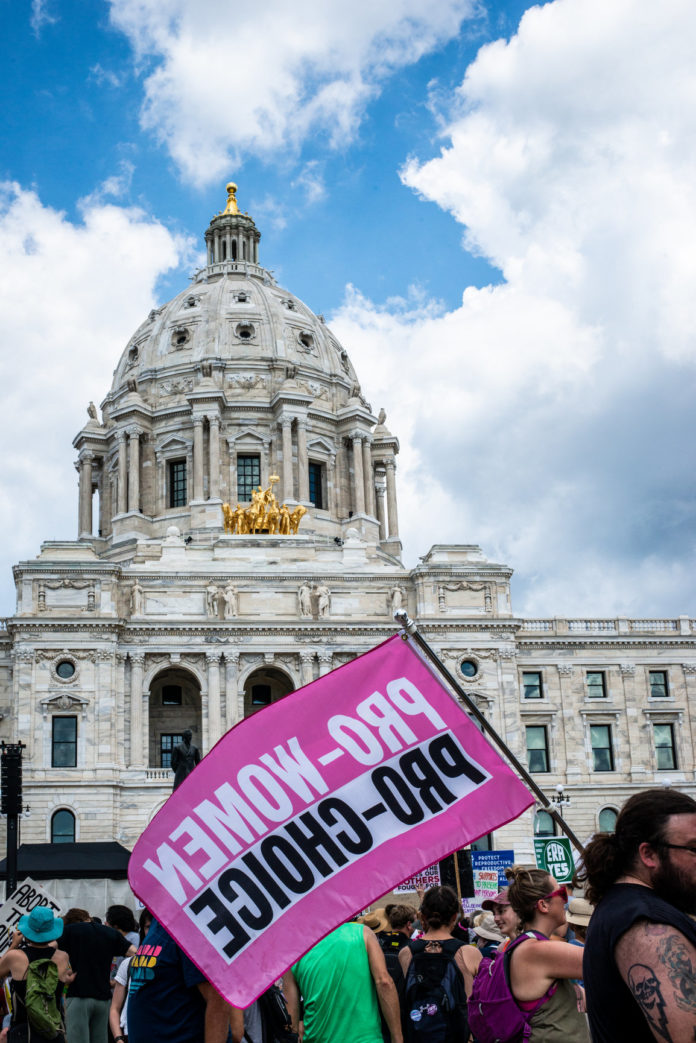 Many thousands braved the St. Paul heat to protest the recent U.S. Supreme Court decision to overturn Roe v. Wade on July 17. The protest, organized by UnRestrict Minnesota and others, proceeded from St. Paul College to the Capitol. Those gathered heard from speakers including Rep. Ilhan Omar and Gov. Tim Walz. While abortion remains legal in Minnesota, women seeking abortions from states where it has been banned are expected to flock to Minnesota. UnRestrict Minnesota lists eight abortion providers in the state.