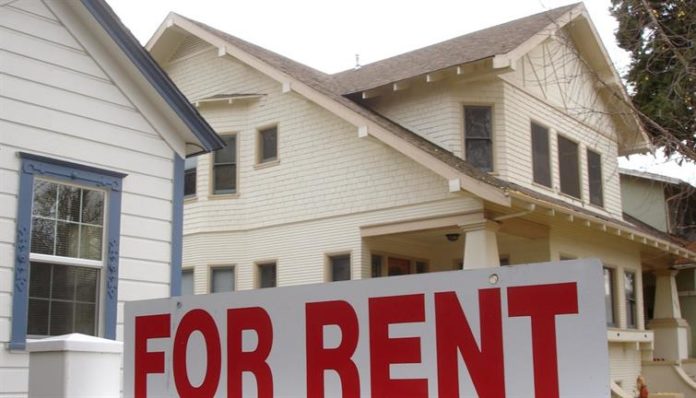 After a May 1 rollout, St. Paul’s voter-approved rent control ordinance is being road tested as landlords across the city continue appealing the ordinance’s 3% annual rent increase cap.
Under the new rules, landlords can apply for exemptions to the rent cap if there are increases in property taxes, maintenance needs, unavoidable changes in operating expenses, or capital improvement projects that affect the property.
At present, landlords can raise rents by over 3% so long as they self-certify that increases of over 3% and under 8% would allow them to cover their costs or provide reasonable returns. Any higher rate increase requires a special appeal. As of July 19, 76 landlords had applied for such an appeal.
Jim Lindquist and his son Matthew Lindquist, who together operate a property at 1029 Raymond Ave., were granted such an appeal on July 20 after the city council voted 5-0(Dai Thao and Nelsie Yang absent). The Lindquists met with legislative hearing officer Marcia Moermond, who gave her stamp of approval for the exemption that allowed a 15% rent increase after determining the 3% cap would result in a loss for the Lindquists in 2022. She, however, did not sign off on two other appeals in which the Lindquists asked for the 15% exemption to carry into a year from now and a third appeal that asked for a more than 15% increase for an individual unit.
St. Paul with around 70,000 rental units, last fall voted by a 53% margin to approve the rent increase cap. The ordinance is said to be one of the strictest in the country.
But tenants are also speaking up about what they are calling unjust rent hikes from some landlords. On July 19, Hannah Gray, a tenant at Union Flats on University Avenue, and Katherine Banbury, who lives at 720 7th St. East, said their landlord, Dominium out of Plymouth, said their 8% rent increase was unjust. Jack Cann, an attorney with St. Paul’s Housing Justice Center, believes the process that allows landlords to determine reasonable rate increases is flawed.
“What they’re asking for is a procedure in setting their exemptions that would guarantee them a return that is ridiculously higher than a reasonable return,” Cann told city officials.
The tenants’ appeals are being laid over until Sept. 1 when the city council will again consider them.
Some attention has also been put on utilities, an issue that will likely come up in public hearings as appeals from both tenants and landlords mount. Tenants, according to multiple news sources, are complaining that landlords, in order to skirt the new ordinance, are making tenants pay for utilities in addition to 3% rent hikes. This for some has resulted in double-digit rate hikes. Landlords are arguing transferring utilities to renters is allowed.
Do you have a rent control story to share since the May 1 ordinance took effect? Let us know by email at editor@communityreporter.org.